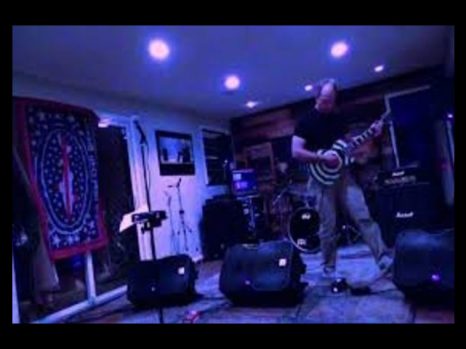 Daley/Phillips are a songwriting team from Boston, Massachusetts USA. Their musical roots run through the rock genre and expands it’s way outwards , embracing other forms and sounds. Be this alternative indie, pop or post-punk. The band also produce their own music

They kick off the EP with “SICK LOVE” which blends an electronic synthesizer based rock rhythm, sprinkled with spaghetti-western guitar riffs. The rap verses and melodic bridges are roughly reminiscent of works by Linkin Park, while the choruses tend to lean towards the energetic vocal phrasing of Green Day.

“Someday” moves in, sounding like pure retro rock. The bellowing vocal line could come straight off one of 70’s rock band, Grand Funk Railroad’s, earlier albums. I’m not sure if it’s purposely planned this way or just a casual trait, but on these first two track, “Daley/Phillips” display the ability and tendency to switch sound styles in mid song. So what sounds like a specific genre during the verses, flips to another during the bridges or choruses.

“It’s Alright” actually breaks the mold, grabbing one genre and nailing it down right until the very last note. This is probably the best track on the EP. High paced and energetic, the band stay tight and cohesive, and once they hit those high soaring choruses they never let go. This is your typical roller coaster rocker. From the first bar until the last, you have no choice but to hang-on for dear life and enjoy the ride. An absolute highlight.

“Glamour” confirms what became clearly evident on the previous track. Gravitating more towards their alternative rock tendencies, they keep the beats and rhythms, both highly charged and rousing, flowing constantly. Crashing drums, a rolling bass and incessant six-string riffs abound by the bucket load, while the acid vocal melody line and harmonies crown it all off.

Even though the acoustic introduction to “Explosive”, alludes to the pace slowing down ever so slightly, the title should have been considered a fair forewarning that “Daley/Phillips”, have no intention whatsoever of releasing hold on any listeners caught up in their brand of fast-paced alternative rock. So out come the banging drums, crashing cymbals, chunky electric guitar rhythms and sharp, cutting lyrics. Representing another album highlight.

“Daley/Phillips” are a promising alternative rock unit indeed. Most of their songs contain distinctly appealing ingredients which could so easily translate into eventual commercial success. Particularly if they stick to the high-energy musicality and acid-dry lyrics found on “It’s Alright”, “Glamour” and “Explosive”. 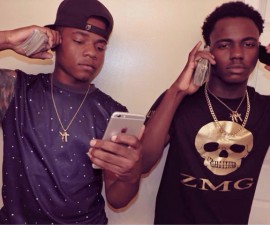