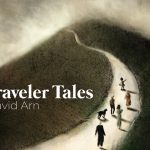 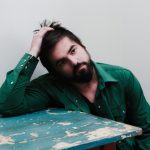 VICKIE NATALE: The Star Search Winner Is Back With “Long Gone”

In July Vickie Natale released her brand new single “Long Gone” and it really has been long gone for this vocal diva, as Vickie’s previous album, “Never Gonna Stop,”  was released back in 2005. So just who is Vickie Natale, you may be thinking?

Vickie is a superlative singer with a dynamically powerful voice who combines soul, pop an R&B into her extensive repertoire. She was crowned the CBS’s Star Search Grand Champion in 2004 before 9 million viewers.

Immediately after her win on Star Search, Vickie was signed to a development deal with Sony Records. In 2004 she released a digital single on A&M Records “Like No Other” executive produced by Ron Fair. In 2005 she self released the album “Never Gonna Stop” on her newly created label. The album includes the song “Forbidden Love” co-written and produced by the legendary Narada Michael Walden.

In May of 2004 she made her Carnegie Hall debut with the New York Pops Orchestra under the direction of the legendary Skitch Henderson as well as opened for such acts as Reba Mcentire, Deborah Cox and Ashford & Simpson. Vickie has also toured China, Japan and the US to support the release of “Never gonna Stop.”

So now that you know just who Vickie Natale is and where she’s been, you’ll be be wondering what she does?

I’d like to start by seriously recommending that you first listen to “A Song For You” (Live at The Blue Note) and the title track of her last album “Never Gonna Stop,” to grasp the immensity of this lady’s vocal talent.

Vickie doesn’t just sing songs, she delivers them wrapped up in emotional and spiritual colours of epic dimensions. Anybody who knows just a little about singing techniques, will appreciate how Vickie uses breaks, bridges, delineation, legato, resonance, licks, trills, runs and in particular vocal fry’s, with absolute ease and nonchalance. She is a delight to musical ears.

But the lady’s talent doesn’t stop there. She writes and produces her own songs too, all while playing the piano!

So now that you know where she’s been and what she does, you’re asking where is she going?

Vickie Natale’s immediate future is the rhythmic, soul-pop single release, “Long Gone.” The song was co-written with David Veslocki, who also produced the track, now available on iTunes, as well as the video, which can be viewed on Youtube.

“Long Gone,” has a bustlin’ devil-may-care-less attitude and a definite retro, sound production. It’s loaded with a punchy beat and lot’s of handclaps to keep you jumping and jerking all over the floor. Vickie’s timbre and vocal energy sits somewhere between Aretha Franklin and Christina Aquilera. So you know she’s fryin’ freakin’ hot, on this one!

“Long Gone” was mixed and mastered at The Kitchen In Rhy, NY.

I could carry on writing pages and pages of just how talented Vickie Natale is, but I would be wasting your precious time, which would be much better spent on actually listening to and downloading Vickie’s songs.

FOLLOW THE LINKS BELOW TO ALL THINGS RELATED TO VICKIE NATALE:

Click here to listen to and buy the single, “Long Gone” on iTunes

Click here to listen to and buy the album, “Never Gonna Stop on iTunes