Dannii Scott breathes warmth and comfort into his music

GOMUNKUL 6 – “Six on My Face” is a visceral experience! 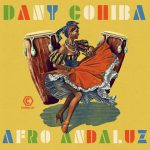 Courtney Govan – ‘Serotonin’ – about as authentic a talent as they come 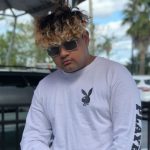 Psolkaiyn – “Fail the World” – something very accessible, yet deep!

“Carousel” The Video By CHASING COLOURS Chasing Colors began with two brothers who were heavily involved in music their whole lives, beginning with their parents who are music teachers. Chris Leslie (guitar) and Brandon Leslie (drums) came up with a new idea for a band and began writing material for what would become Chasing Colors. They just needed the right crew to fit their idea. They ended up reaching out to long-time friends Lauren Day (vocals), Chelsea Diblasi (bass/vocals) and Mike Couture (guitar). With this solidified line-up, they quickly entered the studio with Taylor Voeltz and began recording their debut E.P. “Adrift.”

We recently grabbed a look at their latest video, “Carousel,” as well as listen to a few of their tracks off Soundcloud and Youtube.

First off, this is just great, solid rock music, with amazing hooks in almost every song and some astounding musicianship all around. Yes, there are some impressive Chick Singer bands that invade the male dominated rock scene with great success. No Doubt was great back in the day. Evanescence, Flyleaf and more recently Paramore have shown how it can be done. Now along comes the young Californian band, Chasing Colors, to confirm that fact.

On “Carousel,” the band come out rocking and immediately draw you in without relent. Everything just hits at once, the vocals, music and the passion. The track flows beautifully, with clever hooks and crunching guitar riffs. The drums are tight and power-driven; the bass work is sharp – being subtle when it needs to be, yet in a twist becomes the centerpiece of the song. Lauren Day and Chelsea Diblasi deliver a sustained outburst of roller-coaster vocals, breezing through the quieter, controlled verses and soaring across the anthemic choruses, like wildfire. This is absolutely radio ready rock!

The video directed and filmed by Green Glow Films/Young Hearts Collective 2012, further captures and enhances the communicative power and vitality of Chasing Colors. The moving camera, the contrasting textures and colors of light and shade, night and day, earth, wind and fire perfectly reflect the solid vibrancy and rich artistic depth of the band.

As for the other tracks? Amazing from song one. Chasing Colors totally deliver, emotionally as well as vocally. The band is phenomenal, and every element just melds so nicely with each other. They perform and play like a closely knit family (well some of them really are!).

The songs showcases the talents of Brandon Leslie, who finds the softer pockets in every passage, while never letting up the heavy drum parts that bring the song full circle and into your face. Lauren Day continually delivers her enviable vocals skills while Chelsea Diblasi on bass/vocals and Chris Leslie along with Mike Couture show off their guitar playing skills.

If they can stand and surpass the test of time, Chasing Colors will seriously become a force to be reckoned with in the rock music business. Boundless enthusiasm, exhilarating performances and humble craftsmanship will almost certainly carry them way and beyond.

2012-10-04
Previous Post: KIDS FROM NOWHERE Release Debut Album “Kick It In”
Next Post: ARE YOU A LION: Roots Americana From The Netherlands!