Less Than Neglect is a five-piece post-hardcore/alternative rock band. They had their beginnings in the Spring of 2011, when Megan Pressley (vocals,synth), Daniel Mauney (rhythm guitar) and Teddy McDaniel (bass,harsh vocals), started collaborating and writing songs together. They then searched for, and found Abram Koucheki (drums) and James Sears (lead guitar), shortly afterward, completing a rock solid and creative band.

Less Than Neglect is young, raw, still growing, and full of energy. They are passionate and fun to watch too. In their songs, they are honest and searching, spiritual and hopeful. If you are tired of bands who wallow in despair, this band show there is a way out.

Most of the songs on “Day Dreamer” are worth repeat spins, and two or three, namely; “Empty Faces,” “No Escape” and “Happy Song,” are exceptional. Megan’s voice is able to draw you in with fragile emotion, then jar you to life with an unleashed scream. She never gets dull or boring, no matter how much you listen to her. Teddy’s harsh vocals plays off perfectly against Megan’s, adding a harder edge to the songs. Quite frankly, there is something here on this album for most rockers.

“Day Dreamer” hooks you the first time you listen to it, which is the result of the great guitar riffs, vocals, and beautiful melodies. After that, you begin to hear the creative side of the band. Every time you listen to this album you’ll hear something new hidden in a different song. Maybe time signature changes, a dissonant chord here and there, a series of riffs, surprisingly striking on the upbeat, just when you’ve got used to them hitting on the downbeat, throughout the song.

This album seems to have a lot of influences and would appeal to those who like rock, alternative, metal and even pop. Translated, this means that Less Than Neglect, should have no problems in making mainstream impact. Their sound is thunderous and powerful, perfectly suited to their songwriting which is filled with passion and emotion. Every song on this album is potential radio material. Great power guitar riffs, excellent catchy lyrics and a female voice to blow your socks off!

I could not find anything that I dislike about this album and I actually like every single track here, which is a pretty rare find lately. If you love music that is both emotional and loud, this is the one to get. There isn’t really much more to say besides, you should totally grab this album.

I believe, in the future, we’ll hear more and even better things from Less Than Neglect, as the band grow and perfect their craft, which is already of a superior standard. 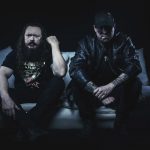