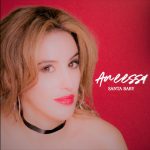 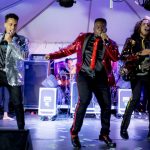 3Alphas Bring Classic R&B Back With Their “Dysfunction” Project!

The sensational music video is about the dancers at strip clubs. In this song, Genesis Be’s rap focuses on the blurred lines in the relation between a man and woman in the closed environment of a strip club. Singer I.Be.Tollah adds to the male perspective in this catchy sound track.

Talking about the concept behind the song, artist Genesis Be said, “I wrote “Don’t Touch” at a strip club in New Orleans (Bourbon Street). The bouncer told the guys in my group “Don’t Touch The Dancers,” and I found this an interesting concept. Jotting lyrics on a napkin that came with my cocktail, I began exploring the power dynamic that I was seeing between the dancers and the men in the club.

I wondered at what point the women were considered objects of admiration and at what point they were considered objects of degradation. I found it fascinating, the power that these woman had over these men… spending their paychecks for bit of affection and attention. The single “Don’t Touch” explores the boundaries that men and women have with each other… to be played or to be the player… Yeah, I guess that’s it”

ABOUT Genesis Be: Raised in Mississippi, Genesis Be comes from a family with strong ties to the civil rights movement and was involved with activism and protests since age 6.  “My grandfather was murdered for encouraging and educating black residents in Mississippi to vote in the 1960’s” says Genesis while glaring at the dog tags she wears around her neck that displays a hologram of her grandparents. “My father’s childhood home still has the bullet holes from The Ku Klux Klan and my grandmother, Geraldine Briggs, had to raise nine kids by herself, after the death of my grandfather.”

At age 13, Genesis Be discovered her ability to write and deliver rap lyrics with unbelievable precision. After winning several talent shows, Genesis’ parents took notice of her talent and brought her to a recording studio. This is where she met her first engineer and mentor Kenneth Leonard. Leonard provided engineering, mixing and mastering services for Doc Roc Recordings, who later signed Genesis Be to her first recording contract.At age sixteen she produced a mix tape, 16 In America, which introduced her the world of Mississippi’s underground hip-hop scene. After getting radio play for a song called “Why?” she decided to record her first album with original music and titled it 17 In America. On graduating from High School she finished up her 2nd album 18 In America. She eventually went on to finish her 3rd album, 18 In America, after Hurricane Katrina, while struggling to make sense of the tragedy.

Genesis Be has so far blessed the stage at The Blue Note, Webster Hall, The Knitting Factory,The Magic Johnson Theater, Sullivan Hall, The Bowery Poetry, Sin Sin Freestyle Mondays, Crash Mansion, The National Underground and the XR Bar among others.

2013-03-08
Previous Post: On “Banksters” (feat. Kham), ABSOLOOT Tackles The Corporate Money Grabbers!
Next Post: “Rocketboat” Is Hands Down One Of The 5 Best Indie Albums Of The Year So Far.