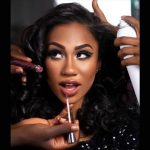 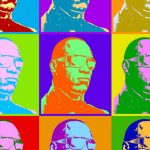 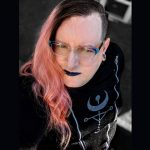 Ray Mayhew is without a doubt best known in music history as being the drummer for 80’s pop-cyberpunk band Sigue Sigue Sputnik. After Sigue Sigue Sputnik disbanded in 1990 Ray formed his own group “Mayhem Deranged” vacating the backstage drum stool and taking on front man and songwriting duties.

After 3 albums worth of demo’s amassed over the years, an ever changing lineup, and no sign of that all elusive record deal, finally in 2008 the band record their debut single, initially appearing only on the 272 Records Compilation – Riot on Sunset Vol 18 but finally being released as a single in its own right on iTunes in late 2010.

On these latest releases Mayhew interfuses his punk-rock roots, with pop sensibilities, creating songs that have more substance, better dynamics, are catchier, and more radio friendly than most of the other pseudo post-punk groups around today.

In a nutshell, these songs smoke! “50 Megaton Love”  is one of the most explosive, blazing records to come out of the Ray Mayhew catalog, and is superior to anything he’s done previously, with or without Sigue Sigue Sputnik. “Never Gonna Fall” serves to confirm the rule and is another great example of the band and Mayhew kicking butt. Another trait which renders Ray Mayhew so damn endearing is his stage and vocal presence. Execution and attitude are everything with this format, if you’re going to convince anybody. And Mayhew nails it every time with his snarling growl and ‘screw-everyone-else’ attitude.

The key probably is that Mayhew has stayed true to his rock and roll roots, and hasn’t tried to be something that he isn’t. Bottom line: Ray Mayhew is in top form musically and his sound deserves to make a big splash in the market.

In short, if you’re a fan of punk rock or just great rock and roll in general, and you’re still new to this band, you will not be disappointed with their latest single release, which is a solid introduction to the Mayhem Deranged sound.

Email newsletters for bands at ReverbNation.com