Septimius the Great: Produces Quality On Everything He Does!

Septimius the Great is an award winning, multi-faceted entertainer and creative innovator. Septimius began as a performing artist in 1997 and that was when the former runway model realized his passion for music and singing. He has worked with some of the industry’s biggest names including Fantasia, Chrisette Michele, Lil Kim, Lil Mo, Pat Benetar, Patti Labelle, Crystal Waters, and Ultra Nate’ just to name a few.

His recording, “Who’s is the Sexiest” has won him the Best Male Vocalist of the Year at the International Music & Entertainment Awards. “I Am Fashion”, garnered a nomination for Best Dance Song by the Hollywood Music in Media Awards. Working with a multitude of producers, (Stephen Stone, Debonair Samir, Devon Howard, and G the Mastermind), Septimius creates a blend of dance, hip-hop, pop and rock, reminiscent of the likes of: Will.i.am, Cee Lo Green, Michael Jackson, Prince, Madonna, Lady Gaga and Pitbull, Septimius the Great has performed in front of audiences in small lounges to large stadiums.

In January 2013, he began to release singles from his upcoming Debut CD “To Be Emperor” which has been well-received both domestically and internationally. The CD includes the original songs “Exotic Pleasure”, “Who’s the Sexiest”, “Command U 2 Dance” and the re-release of “I Am Fashion (remix)”. He is currently being featured on several TV Shows, Radio Stations and Magazines worldwide.

For all music lovers out there who enjoy all types of music, Septimius’ music releases are great products for you to have in your collection. Simply because Septimius the Great produces quality on everything he does. Be it a new song or even a new video production. At worst you may dislike the genre, but quality cannot be denied, so neither can Septimius!

Many music albums focus too much on reaching a certain number of songs to sell the album, thus foregoing quality for quantity. Septimius has followed a different path. He has released a host of singles on iTunes individually, all jam-packed with energy and feel-good freshness. Thus no fillers or tracks added as an afterthought, just quality music, single after single.

Septimius the Great knows how to drop some sick dance beats. If you listen to his music and don’t feel the urge to get up and dance then there is something wrong with you. He delivers that same eclectic, genre transcending rhythms that made the Black Eyed Peas and Will.i.am global superstars. In much the same way Septimius manages to work positive vibes into his music so skillfully that his songs never drag or bore.

Septimius’ beats are designed with music in mind. But the music doesn’t stop at outstanding production though. The lyrical content is intelligent and delivered in a way that is both interesting and pleasing to the ear.

At the end of the day it’s Septimius’ futuristic, alterna-rap-dance mix of music, that makes his sound such a treat; there is something for everyone! How can you resist songs like: “When In Rome”, “Command U2 Dance” or “I Am Fashion”?

All throughout his tracks and supporting video productions, Septimius shows his true colors and really reaches the dazzling creative heights he is capable of…which is Greatness! 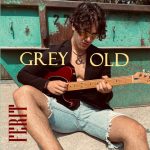