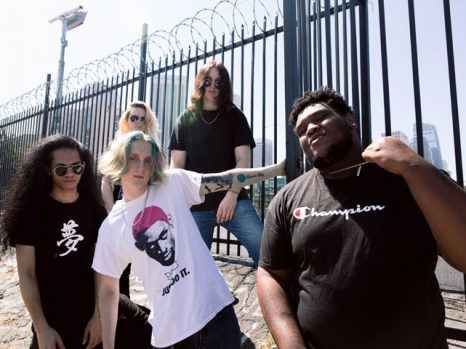 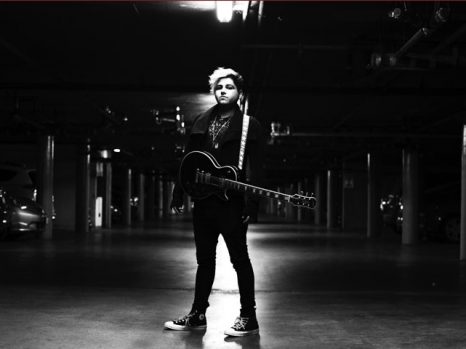 Home
Reviews
IvyLeague 12 X Stik: “From The Feet Up” -Don’t Sleep On This One!

Oklahoma City’s, IvyLeague 12 together with his collaborator Stik have without a doubt been on their grind in 2014. They have featured in our magazine twice in previous months, with their single releases “Shoebox Deposits”, “Rollie & A Rover”, as well as the video, “From The Feet Up”.

Those tracks were taken from the then, upcoming album “From The Feet Up”. Now the album 12-track album has finally arrived, and as stated before, these dudes prove that they’re able to breach the barrier and make the transition from mixtape rappers to mainstream artists without losing credibility or sacrificing creativity.

Is IvyLeague 12 X Stik up to par? The fact is, “From The Feet Up” is an album that most of today’s indie rappers would kill to have in their own discography. Sure some critics may nitpick and find issues, but that’s the norm. Damn you could find issues with unreachable standards like Nas’ “Illmatic” or Jay-Z’s “Reasonable Doubt” if you really wanted too!

“From The Feet Up” fulfils its expectations and has everything you could ask for in a hip hop album: strong messages, excellent lyricism, great production, authenticity, and a focused concept. You need to appreciate that for what it is, no matter who the creator, this is quality hip hop.

Seriously folks, IvyLeague 12 X Stik bring lyricism, flow and charisma in this album. In the era of untalented, unoriginal clones and sound-a-likes, this has originality and substance. If you’ve become disenchanted with the modern hip-hop scene “From The Feet Up” should quench your thirst for quality hip-hop.

The album starts out strong with the title track, “From the FEET Up”. A slow-burning, heavy footed tune featuring a mix of cocky, uplifting rhymes and introspection, a perfect embodiment of IvyLeague 12 and Stik as artists. My personal favorite “Shoebox Deposits” features an eclectic, electro bump and grind rhythm punctuated by some indisputable verses. “Faint of Heart” showcases a hard bass progression and a shuffling drumbeat and handclap, giving the song an eerie soulful vibe.

In “IDC” IvyLeague 12 X Stik question the merits and value of paying attention to other people’s judgments. While other favorites include “Livin 4 a Livin”, which has a great vocal hook-line and “Never Give UP” , where IvyLeague 12 X Stik deliver a powerful album closer about the importance of being comfortable in your own skin and never giving up.

I can truly say there’s not a single song on this album that can be labeled as filler. I can listen to this album from beginning to end without considering skipping a single song. Surely this is one of the best independent hip-hop albums released so far this year, in my opinion.

For true lovers of original hip-hop, “From The Feet Up” is a must have. Don’t sleep on this one!