DEEPSYSTEM – “Anda Linda” – a zesty groove and a humid atmosphere!

DEEPSYSTEM, Europe’s underground ambassador of reggaeton and Latin trap — has remade the future of Spanish-language hip-hop in his image. If there is a revolution to be had in the new crossover market, this artist has done so by sticking to his guns, and mining reggaeton’s sonic riches for dancefloor gold. Rather than offer audiences lyrical signposts to what he’s thinking, DEEPSYSTEM makes you come to him, with a shared sense of explosive, downright sensual musicality and a hypnotically propulsive rhythm. Few others could do as much, in the European region. Furthermore, the man is consistent, putting out track after

Emile Lapaix Jr. better known by the name E-reign is an underground hip hop recording artist from Long Island, New York. Putting in lots of work with his record label ESM Entertainment, Lapaix was one of the top hip hop artists to book in 2014; earning him the 2014 Forbes Music Inc “Performance Artist of the Year” Award.

E-reign’s first introduction to hip hop would be from his older brothers, but the influential artists of the 90’s are what peeked his interest. Rappers like LL Cool J, Tupac, and Nas have played a big part in E-reign’s career choice. E-reign has graced the Source Magazine as well as the Top40-Charts and has also shared the stage with such hip hop greats as DJ Kay Slay, Jae Millz, Jason Fox, and other familiar faces. In 2013 E-reign and his engineer of over 5 years K Roc co-founded the record label ESM Entertainment.

E-reign has delivered a couple of singles, namely, “Money Calling” and Pop Bottles”, supported by awesome videos that are currently filling the airwaves and which will attract new fans and impress old ones. He shows his lyrical capabilities while maintaining that entertainment factor that holds some artists behind.

When you listen to the tracks, it’s like you’re having a conversation with one of your friends. E-reign comes across as genuine, and you feel it in his music. He spits so much heat, that my beats by Dre headphones almost caught on fire!

E-reign is what’s up right now. The lyrics are off the chain and the beats are poppin’. Don’t sleep on this! 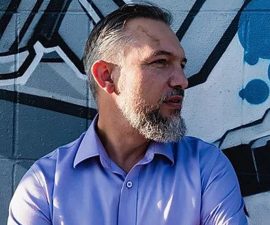