P.U.G. (Praises Unto GOD) – “Time To Celebrate” – a polished flow and triumphant but humble disposition

Kilo M.O.E rolls out the Video for ‘Watch what Ya Say’ ft. Hecdakid

Plastic Barricades – “Self-Theories” fills your head and invades your soul 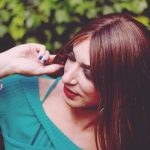 Rosaye has just released her 4th Single, “Secrets”, which completes her EP due for release the 13th of June. Her fans would rather keep her in a box, but Rosaye has grown in leaps and bounds on every single release, and with “Secrets” it is like she is re-branding herself, aiming to reach higher than ever.

She is naturally sticking to her alternative roots, but goes significantly mainstream this time around, which only enhances her usual edgy trademark sound, while at the same time, marking her continual maturity.

I know I’ve said this many times before, but Rosaye is amazing, she can sing and she actually tries to make songs with a meaning.  I think a great pop artist can have you run the entire spectrum of emotions while still keeping you entertained. Rosaye does that on all of her projects.

“Secrets” is a melancholy ballad that is introspective in a way only someone who’s looked inside can pen and perform. Personal demons are often driven by the actions of others, but one’s self-confidence, persistence, and the ability to maintain ‘secrets’ can sometimes help achieve longevity in love…can’t it?

In most of her songs Rosaye sings about life … the good, the bad, the tragic, the charm, the ecstatic, the love, the loss … all of it is rolled into one on “Secrets”. But the true revelation for me with this single is that Rosaye is also a perfect ballad girl, and not just an edgy alternative singer, as she delivers a streaming consciousness of pain, disappointment, sadness and hope amidst an almost naked piano arrangement.

Four singles down the line Rosaye has proven that she is carving out a niche all her own – graduating from a simple songstress, to a full-blown emotional goddess.