“Grooveatropolis” is the 5th album by Australian electronic music composer Asmodelle, but it’s her first dance album, and contains a mix of house music, club dance and trance, sticking to a tempo on around 138 BPM. Asmodelle who plays and performs electronic music, considers herself a composer, and not a producer. “Grooveatropolis” does make use of samples, but they were created by Asmodelle herself!

Asmodelle, a winner of the Australian Independent Music Video Awards, uses both old school physical synths, and software based synths as well as an electric piano. In an ocean of music sameness there are not many artists who can claim a distinct sound and original approach in their work, especially in the electronic genres, where it is extremely difficult to distinguish yourself using sounds and samples readily available to the masses. More often than not, the artist’s inability to distinguish him or herself is not because of lack of talent or skill.

There are many talented and accomplished musicians yet what elevates some above the rest often comes in the form of a few unexpected notes, an interesting tempo, inventive harmonies, a phrasing that is personal and captivating. Asmodelle possess those qualities and much more. Without resorting to flashy pyrotechnics but staying committed to making music, she has created ten gems that glisten, each one in its own unique way. Listen to standout tracks like “If You Knew”, “Is This Just A Dream”, “Come With Me”, “Your Storybook World”, “Your Suspected” and “Prance Like A Superstar”.

The music is wonderfully and intricately layered, the melodies are fluid and immediate. There are many discoveries that surface with every listening. The consistent breaks are a blissful relief to the grandiose synth lines and pounding groove beats conjured by Asmodelle, proving dance music to be much more than just obnoxious noise in the right pair of hands. The intimacy of the arrangements at times sound as if you are being whispered a secret in your ear and other times it is as if the powerful bass lines are vibrating from your own body!

The tracks on “Grooveatropolis” represent an excellent blend of today’s transformational dance music. The album gives off an energetic vibe with the tempos steadfastly controlling the beat, and gently whiplashing its audience into powerful but elegant crescendos of aural euphoria. Asmodelle is taking her listeners to new arenas of sound and energy that should kick start all into a new way of thinking about dance music.

Asmodelle is definitely a master of her craft, yet this album shines with luminous simplicity, which is what makes it both enjoyable and engaging from the very first listen. On listening to “Grooveatropolis” I kept thinking that only the intuitive, empathetic female psyche could compose these tunes, which happen to be both stylized and powerful. I may be wrong, but I convinced myself that these tracks would have sounded overbearing and overwhelming in the hands of a male composer. It’s that innate ‘competitive’ spark that forces us to always overdo things!

Of one thing I’m sure though, If Asmodelle continues to write music at this level of creativity and inventiveness we’ll be rewarded with amazing dance music for years to come. I look forward to her sixth album (of which I have already heard the first track with vocals by Lokke)! 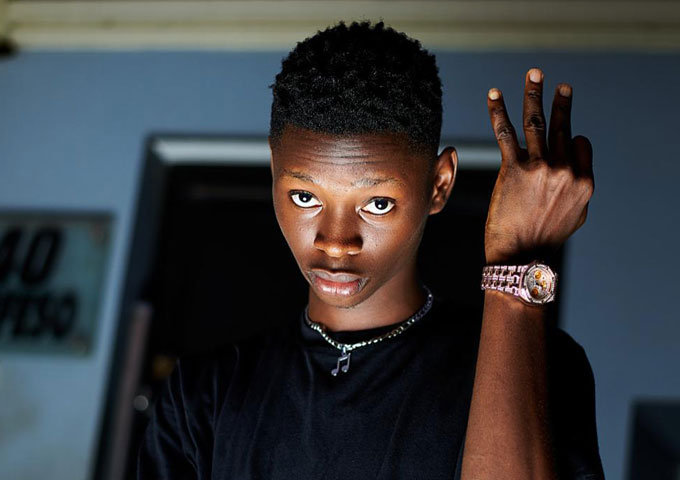 99Drizzy – “Superman” has expanded his unique style of melodic rapping

Martins Luv – “Lions Heart” is in his comfort zone

Lil Finesser started making music when he was 17

Birds Over Arkansas Comes Out of Hiatus to Release New Single “Sunflower”, a Poignant Tribute to a Fading Summer

99Drizzy – “Superman” has expanded his unique style of melodic rapping

Martins Luv – “Lions Heart” is in his comfort zone

Lil Finesser started making music when he was 17

Birds Over Arkansas Comes Out of Hiatus to Release New Single “Sunflower”, a Poignant Tribute to a Fading Summer