B.I.Z: “All Out” – This is so relevant, perspective and futuristic

B.I.Z channels the left coast with his new cover of RJ’s “Your Money” original produced by the League Of Starz, now titled, “All Out”. One thing you can say about B.I.Z is that he holds nothing back. He says whatever is on his mind even if he is going hard on his brothers or enemies. B.I.Z does not rely purely on explicit rap as he pours out every inch of his personality over and over again throughout the track.

“All Out” is probably B.I.Z’s most mainstream song to date, but that’s not to be taken in a negative sense at all. It’s more immediately likeable than virtually any of his other songs (not saying it’s his best song ever, as he has plenty of those). The beat is absolutely nuts and B.I.Z goes hard and stays catchier we’ve ever seen him go before.

From clever and honest lyrics to top notch producing, B.I.Z has it all in “All Out”. His social commentary also makes for a satisfying musical experience.  These are the messages we really need to hear right about now. This is so relevant, perspective and futuristic.

Running through B.I.Z’s catalog I discovered an amazing display of lyrical and musical proficiency. B.I.Z is an artist that consistently delivers with creatively structured songs, in depth subject matter and great instrumentals. The entire collection is an enjoyable listen from beginning to end because of the diversity in B.I.Zìs cadence and style.

Intelligent, conscious, and articulate, B.I.Z delivers great music. He brings loads of energy as well as some of the most positive and reflective songs. I was surprised by the level of lyrical mastery and the deep meaning underlying some the tracks. Thanks to the immediate attractiveness of “All Out”, I was able to discover the rest of B.I.Z’s music creations. 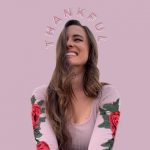