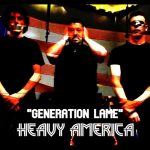 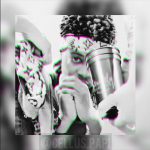 Randolph Bush: “All Grown Up” – a voice meant for all seasons!

Randolph Bush whose exposure to the musical giants has been vast. Never one to sit idle, as a teenager. He took quickly to music, developing an appreciation for its many different genres. He began singing and teaching himself harmonies, after which time he joined a few local groups and started performing.

During his career, Randolph Bush has opened up for The Whispers, The O`Jays, The Johnson Brother and other groups that came through L.A. and also toured overseas. Randolph’s debut album, “All Grown Up”, translates its 12 tracks into the language of contemporary Rhythm & Blues with some smooth Jazz influences infecting the old school musical grooves.

If crooning is your thing, once you hear the sounds of the Randolph Bush you will be hooked!  A voice so warm and tender that anything wrapped within its embrace make the songs totally irresistible.  Randolph sings every song with his deep rich baritone voice. His, is a voice meant for all seasons. There is nothing more relaxing than listening to his smooth voice to the setting sun or in front of a fireplace.

This is music that is great for listening or slow-dancing in an intimate setting…maybe just for two. This is clear right from the opening track, “One In A Million”, which pretty much sets the careful pace and mellow tone for the rest of the album. Track by track, Randolph slowly digs into the heart and soul of contemporary adult-orientated music with that R&B and jazzy flair.

There will always be people falling in and out of love, so there will always be people who can relate to the music of Randolph Bush. And what better way to get into the mood than to listen to the tracks, “What You Won’t Do For Love” and “I Believe In You & Me”. But Randolph’s messages of love and faith are not just confined to personal relationships. He is also able to move his spirit and soul onto a much higher plane when he engages his Christianity on the Gospel tracks, “Living In A Place (Where There Is No Sin)” and “It’s A Long Way Back”.

And just to prove he has his finger on the pulse of modern music, Randolph throws in the hip-hop beat-based track, “Drop It Low”. My favorite track on the album is, “I Wanna Make It Easier”, while “A Song To Sing” is another highlight here.

Much like Lou Rawls, Randolph’s low voice conveys what it really feels like to yearn for, and enjoy the feeling of love all its phases and facets. This is undoubtedly a superb compilation which serves as a great introduction to the voice and music of Randolph Bush.