“Spinning Bottles,” produced by Grammy-Nominated producer Morgan Taylor Reid, is a follow up to DAYVID’s popular single, “Wasted Luv,” from his self-titled EP that was released in October 2019. “Spinning Bottles” is the first single from a forthcoming album scheduled for release late this year. DAVYID’s last single, “Wasted Luv,” was praised by critics and listeners around the world. Upon its release in September 2019, the single became #4 on All Access Music Top 40/Mainstream Cool Music Chart and has enjoyed Top 40 radio play in major markets across the US, as well as Sirius XM.  DAYVID was also recently

The essence of good music is like a gust of fresh air which can carry away all the negativity from our minds in a flick. This spirit of soulful music reflects in twenty-six-year-old Asian artist called Amel D. A prolific singer and songwriter, she is also well-known for being an entrepreneur and business women. Her recent track ‘I’m Your Rain’, shows her signature tonality and natural creative flavor. This track perfectly fits the requirements of indie rock in every aspect, and stands out as a unique piece of art. The track successfully captivates a large section of the music lover

Mario Marco Farinato winner of SanRemo Rock 2019 and Tienilpalco 2019 presents his latest video, “Perchè” completely created in cartoon animation, with music produced on a Linux audio system for a lower environmental impact. The video was completely produced on second-hand laptops, to reduce impact on the environment. “I believe in a world where there is equality, participation and awareness, in memory of the victims of Australia’s recent Wildfires,” says Farinato. “The video has been produced with rubbish from Xmas package, toilet paper and recycled paper on a laptop running on battery, to reduce our environmental impact,” continues the award-winning

Rajah Mahdi shows that he’s more than willing to experiment

Rajah Mahdi Byrd is a Recording Artist from Glassboro, NJ. Born two months premature, he received brain damage during delivery, resulting in cerebral palsy. However despite this bad turn of events he has still managed to live a normal and social life growing up. In 2010 Rajah started recording music as a means to express his opinion on social situations and issues. It became a frequent hobby and in 2013 he decided to start taking it more seriously. Rajah’s goal is to create a solid platform with his music and to eventually spark social reform with the values and ideals

“Parasite” is an epic symphonic rock song, written, performed, recorded and produced across 3 countries. The artistic collaboration was formed between Suraaj Parab (India), who produced, composed, and arranged the music; Sandeep Kulkarni (U.S.A), who wrote the lyrics and sung the song; Amit Mhatre (India) who features on drums, and finally, Oliver Wagner (Taiwan), who mixed and mastered the song. Initially Sandeep hand written the lyrics about corrupt politicians around the world, sometime back. But the song didn’t quite fit into what he was doing at the time, so he shelved it, until finally revealing it to Suraaj, who instantly

Formed in 2012 in the suburbs of Tel-Aviv, Israel, Obsidian Tide are Oz Avneya (guitars and clean vocals), Shachar Bieber (bass and harsh vocals) and Erez Nadler (drums and programming). The band’s debut EP Debris, an ambitious concept album, was released in 2015 and received critical acclaim worldwide. In August 2019, the band released their first full length album, Pillars of Creation, which is a 55 long masterfully-produced concept album. It tells the tale of a man who goes on a journey of enlightenment. On his journey, he witnesses riveting stories and learns of horrible truths. Finally, he makes a

Nona Brown – “Songs from My Journal, Vol.1” encourages her listeners to find a little more faith and love

Nona Brown’s new album “Songs from My Journal, Vol.1” puts a lot of soul into gospel music. The album consists of just six songs but leaves you on a content note. From the opening track, “Sweeter” to the albums close with “My Thanks,” the album wastes no time driving a message of love, faith, and hope. Nona is a phenomenal singer and each track is superbly produced with masterful musicians. Nona Brown’s “Songs from My Journal, Vol. 1” is a work of art and a fascinating expression of what it means to spread the Lord’s message. Nona Brown is answering

Jermaniel “Big Miz” Harris and known as Mr. 716 hails from Niagara Falls, New York. Taking great pride in repping his city, Big Miz has been steadily developing a fanbase across North America, including major hip-hop cities such as NYC, Miami, Cleveland, and Atlanta. He has had the pleasure of performing alongside prime contenders such as Scarface, 50 Cent, Fat Joe, The Eastside Boyz, T.I., and Gucci Mane. A Business Administration major Mr. 716 Big Miz is also an entrepreneur at the core, which smartly assists him in promoting a series of successful projects, including DBT Music Group. The New 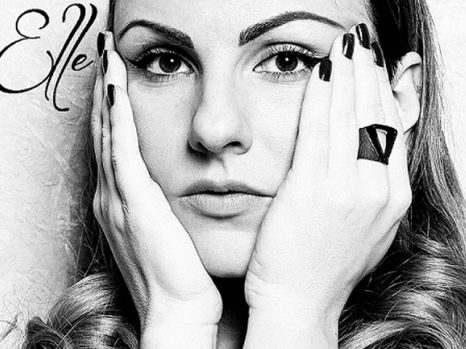 This Is Elle releases her debut song ‘Killing My Love’

Powerful, soulful vocalists don’t come around every day, and Italian singer/songwriter Laura Pizzicannella is one of them. Her debut single “Killing My Love” set for release on Jan. 17, 2020, showcases her soaring vocals which are reminiscent of both Florence Welch (of Florence and the Machine) and Adele. “Killing My Love” is a love song about a relationship that has ended and how you try to kill any feelings for the other person that are left in your heart. It’s a very strong, heartfelt and melancholy track written and produced by Flavio and Claudio Zampa. As a founding member of

Home
Releases
The Vanilla Milkshakes: “Tall People Have No Feelings” enlists an underlining layer of honesty

Every time I read the following description on the band’s website “The Vanilla Milkshakes are a grouping of three studly nearly middle aged men who sing and play instruments. Sometimes they do it in tune and a melody is born,” I marvel at how true and honest that statement is. The Vanilla Milkshakes is a band that takes their music in their stride – they have no hype, no pretentiousness, and no rock n’ roll heroics. Even with cascading riffs, powerful vocals, and bouncing choruses, they enlist an underlining layer of honesty which inevitably adds incredible raw depth to their music. A producer should always take bands in a new direction, in terms of sound that is. No one album, should replicate another. The most meticulous engineered album can still fall victim to sameness. Fans identify this easily and see it as a shallow sidestep. It’s the subtle anxiety and confidence in the producer that creates something definitive. More than a producer, The Vanilla Milkshakes have placed their trust in a triad – the album, “Tall People Have No Feelings” was recorded by Calvin Johnson (of Beat Happening and K Records). It was mixed by his assistant Pual Krogh and then mastered by Jack Endino. They’re able to force fans to exult at a sound imbalance, or a balance, depending on how you see it.

The Vanilla Milkshakes flirt with this concept all through the recording. Barricading listeners into some of the most emotional and driven songs in the indie punk genre. David McGhee: Vocals, Guitar – Frank Registrato: Drums, Vocals and JanKarl Hayes: Bass, Vocals, step their game up (I was actually convinced they did that on their last album too!), making sure nothing sounds cluttered, stagnant or stale. The genius of their songwriting comes in these “huge” moments: “Deez Boots”, “Good Intentions Will Kill Us”, “Popular”, “Sara Tea”, “We Sound Shitty So Spin Will Like Us” and “You’re The Starbucks Of People”. The overall pacing of their songs is flawless. They control the tempo, offering no needed reprieves before plunging back into the fray!

Lyrically, there is an overall story (I haven’t worked it out yet, but I’m sure there is one, as there is no way you can have a title like Tall People Have No Feelings without an overall story – or can you?). Each song is a tributary leading to the overall narrative (I think). For us, the audience, it’s incredibly satisfying to perceive these themes and create individual meaning (once we’ve worked them out!). And that’s the genius of this band. They say everything…and they say nothing…all in the same breath!

David McGhee starts with the most basic idea, and then cascades into a myriad of stories with deception, misery, pessimism, doubt, and even a sick sense of optimism resulting in an inevitable explosion of pungent cultural observations.

“Tall People Have No Feelings” functions like circuitry of our hearts. Repeating riffs, musical cues and wayward melodies amplify the album’s reverberations. The songs builds to a massive isolated moment, when all instruments drop down half a decibel, to emphasize “The Pessimist”, just before “We Sound Shitty… kicks in like a melodic powerhouse with one of the most demanding choruses I’ve heard in recent memory.

The tempos, the basslines, the pulsating drums, the sheering vocals and climactic rhythms carry this album from start to finish. For those of you who make it through the entire album, without a coffee break ( for the good of your ears), I commend you. The album is almost too raw to be true. At no time can you be passive listening to it. The Vanilla Milkshakes is the definitive alternative, punk, indie, rock and garage sound experience. Since this recording, the band has added Jeff Brink on Bass guitar, to switch to a 4-piece band…but that’s a whole new story!

Alisa Chirco sure isn’t shy about revealing what’s on her …
December 8, 2018
5 min read