Embodying a genre-inclusive approach, Elephant Heart emits an inimitable and irresistible frequency tuned in to electro, world music, and pop, creating music that delivers a bright sound with their melodic choruses, multicultural influences, musical builds and heartfelt lyrics. Their new song and accompanying video, “Love is the Weapon,” is out now via their independent imprint, Chumba Music via BMG. See the video for “Love is the Weapon” premiering now:  https://youtu.be/5b6OMi-y0pk Stream it:  https://elephantheart.ffm.to/loveistheweapon ﻿ Elephant Heart is a musical collective started by married couple Jason and Victoria Evigan. The two express their music and its message through various collaborations, a

Per Defalva, simply known as Defalva started up as an artist in Sweden with several exhibitions. Per later turned towards music to expand his artist expressions. During the last 20 years he has released several records of original music. Most of them featuring the collaboration of producer Andreas Hedberg. In 2019 he released the 10 song concept album, entitled “Energy” – the sixth album in the series “On the Voyage Through Life”. “The theme is about the good or bad that fills people with energy,” explains Defalva. “This time the sound style is influenced by synth, electronic dance music, techno 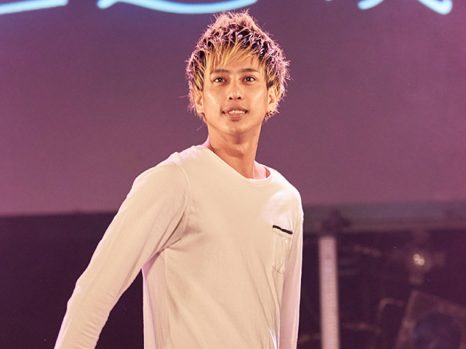 “Deep Blue” the song and video by Yukiya Endo, is the love story between a being from the sea and a girl met at the aquarium. He however later discovers that she had eyes not for him but for the world extending behind the glass, and ends heartbroken, his first love being also his last love. ﻿ About Yukiya Endo: Born: August 1 / Origin: Philippines / Blood type: unknown Height: 180㎝ / Weight: 73㎏ / Shoe size: 28 (Japan) Hobbies: novels, games / Special skills: BreakDance, improvisation freestyle In September 2014, Yukiya Endo performed at Mesellba Grand Prix, where

Guitar shredding instrumentalist Seismic Anamoly has released his newest CD “Krank Tha Mutha Up”. The CD contains 8 original tracks giving those not yet acquainted with Seismo a thorough dose of smokin’ hot, funked-up ear kandy. The CD has been proudly published at CD Baby. Containing Rock and Metal Guitar Instrumentals, the release is composed of standout guitar tunes that rock/metal/funk music lovers around the world are sure to appreciate. Seismic Anamoly was launched in 2002 by Michael S., who resides in Anchorage, AK, USA. Seismo has been composing and playing since 2000, and his work is done primarily utilizing

YOVANNI – ‘Stay Away’ has a powerhouse vocal, with vivid and moving lyrics

‘Stay Away’ by YOVANNI is an incredible track from beginning to end. The melody and lyrics will get you singing along, and stick in your head. It’s going to be one of those songs that will have real staying power on playlists. It is a slow-building alternative rock track that explodes into a soaring chorus which really showcases the singer’s distinctive and powerful voice. YOVANNI is also an award-winning and versatile performer having recorded various EDM bangers. The artist who moved from Cuba to Miami as a child has had formal singing lessons, and performed as backing singer to many

Chords Of Eve is an American music project, created in 2019 and consisting of multi-instrumentalist Atlas Cage, featuring various female vocalists and the debut of vocalist Casey Ardmore. The band defines their music as pop, electronica, alternative and trip hop, and have described their sound as “futuristic psych pop”. “We want those who listen to our music to feel connected, even in times where they could feel the most isolated,” says the project leader. “We want people to feel as if someone understands them, that they have been seen.” Chords Of Eve’s resonating bass sinks repeatedly to thumping depths on

John Vento and The Nied’s Hotel Band certify exactly who they are!

A 2019 Billboard Magazine Emerging Artist John Vento is a successful Pittsburgh businessman and passionate singer-songwriter. He is also part of The Nied’s Hotel Band, originated in 2003 and voted Pittsburgh’s “Best Bar Band” in the 2016. The band gets its name as a tribute to Jim Nied, proprietor of the landmark Pittsburgh tavern “Nied’s Hotel”. What we enjoy here is the band’s latest album that’s well-crafted and structured to represent the feeling of real Americana driven rock n’ roll. Every song on here is great from first to last, in an even twelve count. I think The Nied’s Hotel

“I’M NOT A RAPPER, I’M A GAME SPITTA”, that statement alone says it all according to Game Spittin Entertainment artist Joe Jack. He emphatically proclaims that he doesn’t want to be labeled as just another rapper looking for fame and fortune. “I have so many thoughts running through my mind,” says Jack. “Without music, I wouldn’t be able to share these deep, sometimes crazy thoughts I got in my head. Music is my therapy and without it I don’t know what I would do. ”

Joe Jack’s journey to releasing his official debut single “Wonder When I Ain’t Around” produced by The Cratez, off his album “BLACK BUDDHA”, hasn’t been an easy one to say the least. Following his release from the Idaho Department of Corrections in September of 2011 up until now, Jack has written and recorded over 50 songs. With two full length albums, a compilation album, and several features written, recorded, and ready to go.

Anyone that’s disgusted with current radio content and the direction of rap should get a hold of “Wonder When I Ain’t Around”. Waiting on good quality rap music to drop is like waiting on a dripping faucet to fill the Grand Canyon these days. Long story short, if you’re a hip hop connoisseur add this to your collection as soon as possible. This napalm-loaded track is real raw and rugged, bringing some breathless verses.

Joe Jack has one of those unforgettable voices matched by his flow that never seems to lag. Despite how non-mainstream his tracks may sound tracks, it always seems like they’ve got just what it takes to blow up all over the charts. “Wonder When I Ain’t Around” is again one of those examples that straddles hardcore rap and popular music.

Jack has the perfect voice and his slow but urgent flow is nothing short of spectacular. There is no in your face shouting, Jack just lays it down solidly with a gravelly sonic style that will blow your woofers if your dare turn up the volume. The combination of great production and niceness on the mic is one that is getting rarer each day, so when the team of spitta Joe Jack and producer The Cratez step up to the plate, you better not sleep on the release.

“Wonder When I Ain’t Around” is what benchmark stuff is made of – music that expands through the urban underground, in search of new horizons, without losing its rawness and or its roots.

Etop is not your typical electronic artist. If someone says …
August 20, 2017
8 min read 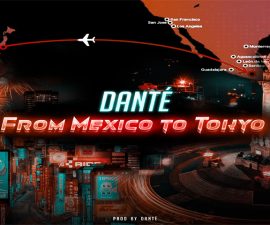 Formerly known as DIABLO, US native DANTÉ has been working …
January 28, 2019
2 min read

Alisa Chirco sure isn’t shy about revealing what’s on her …
December 8, 2018
5 min read