Fuego Canon born Ifeanyi Ozim, started out playing the drums at the age of 11 in his church band, then piano at 14. Fuego is a 19 year-old up and coming artist from the Bronx. His sound is a melodic blend of Pop and RnB. Currently in the process of releasing a series of new material, Fuego has dropped the single, “Really Rich” (Prod. by SolowBeats) by Fuego x Billz Vuitton x Chris Boo. I think this track dared to be different from common fodder heard from that of Fuego’s contemporaries. And though, the subject matter may be identical, Fuego Canon pierces through the saturated rap market by paying zero attention to the genre’s rule-book.

Aesthetically, he makes a striking contrast to his peers too. Rap often portrays an intense, cold-hearted world – one in which radical, rebellious deviations risk costing you money, power or your life. Much of the fascination around Fuego Canon, can be based on the fact that he is still unknown, therefore a mysterious figure. And one who cannot be judged on any physical or behavioral traits, but exclusively on the music. Whereas artists such as Future is cool with playing up the super villain role, regularly churning out songs about lethal uses of pharmaceutical drugs and representing society’s low life, Fuego Canon inadvertently positions on another side of that spectrum.

And while Future can often be cruel, emotionally detached, and hell bent on bringing society down in a blaze of hedonistic glory, Fuego remains largely unpredictable, imparting warmth, personality, and novelty via euphonious tones and complex, colorful lyrics.

On “Really Rich” Fuego Canon takes his devotees on a mesmerizing journey deep into hidden recesses of a hip-hop grind and the outer limits of its culture, presenting a personal vision of making it to being “very rich”.

At just 19 years old, Fuego, who straddles the line between anomaly and conundrum, has got all the qualities to become something of an underground rousing raconteur, an adventurer, and expert on the experimental use of the genre’s otherwise rigid blueprint.

“Really Rich” finds Fuego Canon at his absolute best when he molds the production to his liking, splashing the soundscape with novel vocal quirks. He charges down the sugarcoated beat with a string of multicolored melodic lines and brain-melting wordplay to illustrate his creative vision.

Of course, this is Fuego Canon just getting revved up, and ably assisted by Chris Boo who is also part of the Finesse Family Productions movement. The next track coming up soon from Fuego Canon is the trap influenced “Mixy” (Prod by The Cratez). So keep an eye out for that one as he gets into his stride! 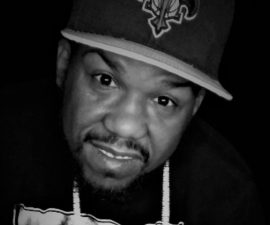