Vacant Image: “Before 12” – surprises at every turn 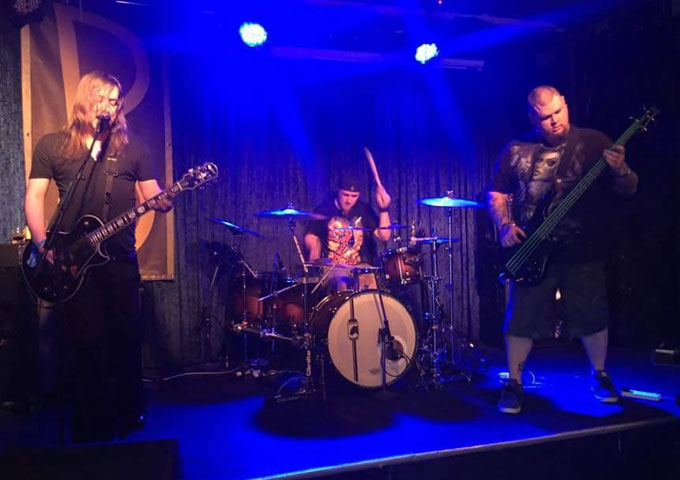 Vacant Image’s debut album “Before 12” is an engaging record, filled with carefully crafted hooks disguised as bridges and transition. It sounds like the brutal, beautiful result of the band being passionate enough to rip each of our heads off.The eleven track album captures the inimitable essence of the band the thing that makes any heavy rock album that sounds prettier than its peers, a truly new metal sound that’s grungy sensual without resorting to shoegaze tropes, aggressive and unconventionally alternative in a way that never suggests predation or regressive machismo. Synaesthetically speaking, it’s a smear of pink, purple and black, a kiss that bites down on your lip to draw blood.

By no means did Vacant Image invent the idea of combining brutality and beauty in metal, although they are ahead of the curve. Nothing short of a name change will likely convince skeptics at this point, but “Before 12” proves that Vacant Image can be vital as they are relevant.

When so much rock music in 2016/17 feels dead, vapid, and recycled, here comes an album so vividly alive and inspired that it could turn even the most curmudgeon digital doer into a worshipper of the guitar once again. “Before 12” arrives at a time of a pervasive aesthetics-over-substance trend in rock, where everything sounds so perfect, so calculated, so pleasant (the inevitable product of our digital recording age).

On the surface, a shitty song can be masked in beautiful production and still be a beautiful song as long as it hits the desired mood, sonically. Vacant Image is the antidote to this, just listen to the calculated wild abandon on songs like “Mister Bell” and “Petals”. It comes down to basic artistic direction: Write killer songs that work on their own terms, then let the recording process accentuate those songs and color them aesthetically — not the other way around.

And killer songs abound here, from “Mister Bell” and “Saving Sold Souls”, to “Ladies and Gentleman” and “Broken Blues”. But this album surprises at every turn, seamlessly transitioning from contemplative quietude, into manic chaos on a whim.

All the while meshing their tried-and-true, alternative metal aesthetic, with as many elements of different genres as they can. In the hands of a lesser artist, it’d be mere pastiche. Vacant Image makes the sound their own. For those looking for a metal album to passively enjoy, though, “Before 12” has you covered—this album goes hard when it wants to.

Piecing together Josh Vanek’s (Vocals/Guitar) lyrical motifs is an abstract exercise, much like his words themselves. He’s a master of impressionistic symbolism — words that project a mood more than just any literal meaning.

The tracks here are almost all textural masterpieces, with guitars layered into a swell of audio orgasm, provided by Chris Sheppard (Drums) and Andrew Gilbert (Bass). Where they go from here is anybody’s guess, but in this moment, Vacant Image is perhaps the most important rock band in the dark indie underworld and a calm reassurance for guitar bands everywhere as we continue into an uncertain digital music future.

The Vacant Image debut album ‘Before 12,’ is available on the bands web-store (VacantImage.bigcartel.com ), iTunes, Google Play, Amazon,
Spotify and more. Follow the band on Facebook.