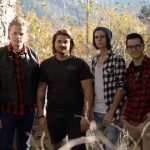 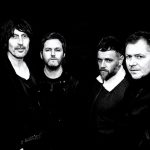 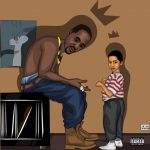 Sayii January – “Cries, Under The Summertime Sun” will surely break him out of a crowded Atlanta rap scene

Edge Of Free: Their Self-Titled Album is flawless front to back!

Modern rock group, Edge Of Free has had their self-titled debut album produced by Toby Wright (Alice In Chains, Korn, Tantric, Metallica). The recording contains an intimate collection of honest songs powered by guitarist John Hussey’s dynamic music and singer Scott Sneddon’s dark melodies, soaring choruses, and gut wrenching lyrics about depression, drug addiction and recovery. “On this record I composed all the music and Scott wrote all the melodies and lyrics” explains Hussey. “Producer Toby Wright made some adjustments in the rhythm section that brought out the best groove under the guitar riffs. We are so glad we chose Toby – the collaboration has been killer!”

The first good news from any album is that there are no fillers. Check. Then comes plenty of good lyrics, solid rhythms, guitars – both electric and acoustic – slashing, wailing, chugging, chunking, and supreme vocals. Check. Is this modern rock and roll heaven? Check!

They’re on their debut album, yet Edge Of Free seem to have always been there, in the background, producing quality album after quality album, left unreleased maybe, or how else do you arrive to the extremely high point of this release? Basically, Edge Of Free are a quality band; showing all their aspiration by just do their thing, and they do it exceptionally well!

The opening to the first track ‘Blood Eagle’ has the dynamically vibrant aura of a vinyl disc as the sound of acoustic guitars lead into a heavy slow groove and singer Scott Sneddon’s bemoaning whisper turns into a soaring chorus.

When a rock and roll fan wants to imagine what this band sounds like, they should think about the great melodic rock albums of the late 80’s. Edge Of Free have that same “certain sound”: rich guitars, strong lyrics and vocals, with catchy hooks that stick in your head and don’t go away, probably even years later. That being said, Edge Of Free may have a sound that recalls the heyday of the 80’s, but with a modern perspective.

There are many highlights on this album, from the straightforward rockers, ‘Pony’, ‘Higher’ and ‘Edge Of Free’, to the balladry of ‘Souls Of Grace’, ‘In My Time Falling’ and ‘Autumn’. These songs capture a band confident in their own skins.

In other words, as you all know, real rock wears its heart on its sleeve – consequently, as a result of this ‘heart on sleeve’ behavior, we get authentic and timeless rock n’ roll, bathed in a stream of acoustic guitar pleasures. Sneddon’s lyrics are really good and his vocals are beyond awesome. Plus he delivers motivating messages about conquering life’s many challenges, heartaches and bullshit.

John Hussey’s is no less important to this recording, and his guitar sounds drive these songs into blissful perfection. From the musicianship to the songwriting this album is pretty much flawless front to back with no weak points whatsoever. This gem is a direct descendant of Edge Of Free’s scrupulous work ethic, and Toby Wright’s sublime production. All you need to do is turn up the volume!