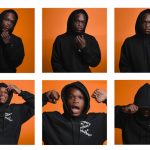 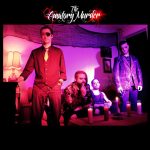 Evan Ebanks is a rare class of artist

Born in Ontario, Canada but raised in South Florida the emerging singer and songwriter, Evan Ebanks, is set to release his self-titled album debut on October 17, 2017, a 10-track melodically-infused introductory collection that will be on pre-order from October 11th. Evan, who has shown an interest in music since the age of 8, began to seriously cultivate his vocal talent in the church choir and local performances throughout the Miami area. He recalls one of the most memorable experiences as an artist being invited to perform on a television show and having the opportunity to meet Stevie Wonder in person. Evan has performed popular nightlife venues such as Blue Martini, Oceans Ten in South Beach, The Cleavlander in South Beach and The Hard Rock Casino.

Much like archaeology, or global exploration, much of the world has already being discovered – leaving little to the imagination. This can often lend to fans of music, being forced to embrace clichés and what is familiar, as well as allowing artists to cling to what is safe.

In theory, at least, recognizing the landscape of modern music should also mean that innovation and adventure in a music genre is appreciated to an extent that it has never been before. If the latter is true, meet the innovator Evan Ebanks.

When not exploring the depth or height of his own voice, Ebanks can be heard exploring the borders of his genre. Flitting effortlessly between played down electronica, soul elements, the vibrancy of a pop blend and all the while never stepping wholly outside the genre of R&B, Evan parades both his voice and masterfully etched lyrics through the tracks on this album – dodging potential booby traps of ambition outweighing ability.

On his new album Evan Ebanks shows that he does have solid songwriting, singing, and studio chops. This record reveals a felicity with language, a charismatic manner of singing, and a deep understanding of what makes a song work well beyond his years. Each track works on several layers. One can listen to it, make love to it, or just move to the beat.

Undoubtedly, it is Ebanks’ lyricism that really allows him to stand out here. There is such a mystic, otherworldly element to the lyrics that it’s almost impossible not to be captured by them.  It’s so distinctly clear from listening to his poetic verses that Evan Ebanks is no ordinary artist.

This level of lyrical mysticism should be difficult, if not nigh on impossible, to maintain for the entirety of an album by any artist. Evidently, no rules or expectations of limitations exist for Ebanks, as he goes from standouts like “Antisocial” to “Sign”, and “All To Myself” to “Soulmate” ft Laura Vivas, and “Seed To Rose” to “Sorry”.

This album is 10 tracks long, with consistency that makes it border on infuriating. After all, what is the most impressive element here? The words, the imagery, the message, the voice, the beats? Ebanks falls into a rare class of artist where there is such a level of depth to his lyricism that it’s a daunting task to even tackle it.

It’s rare for an artist to aptly blend both adventurous music and audacious lyrics at the same time. The Weeknd, Maxwell and Frank Ocean have done it at some time in R&B, of course, and in a distinctly accessible way, but it remains rare. Now on his official debut, Evan Ebanks too, has crafted a profoundly adventurous and unique R&B album. A rare thing indeed!