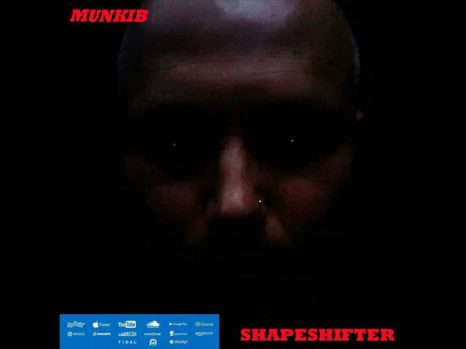 Ex front-man, singer and co-songwriter for Sub-Rosa and Heroine, MUNKIB is a solo artist from West Yorkshire. His latest official video is for the song Shapeshifter (Remix). Available at all major digital outlets. OFFICIAL LINKS: APPLE MUSIC – REVEBNATION ﻿

Anjalts – “Let’s Fly Away” – She wrote, produced and played everything on the track.

Pure Raw talent emerges like a breath of fresh air suddenly. With No Auto-tune, No over the top cursing or samples. A rebel muse pushing cultural & musical boundaries that refuse to be boxed into one genre or style. A Composer who was writing theatrical plays when she was 9 years old. An artist who painted 20 piece oil on canvas collection to support environmental changes for the last decade. A Poet writing of human suffering and human rights issues meshed into her own story of encouragement in finding your true voice. She grew up in New York. Anjalts (pronounced

Featuring Jennie Väänänen on vocals and Rob Nasty handling all instruments, QUEENMAKER are a new band from Sweden who are bringing back the glam rock sound of the 80’s with their two-song release “Under the Kiss” on the A-side, and “Hold on to Love” on the flipside. The 80s was the decade in which modern rock and metal was born. Sure, the titans of the 70’s drew up the rules, but virtually every mutated representation that exists today can virtually trace its origins back to the seismic years of the eighties. QUEENMAKER though, don’t bring us the mutated version, they deliver the authentic taste of that era, mashing together soaring anthemic choruses, breezy keys, distortion-fuzzed guitars and huge drums.

Still, the members of QUEENMAKER aren’t interested in simply repeating reprocessed sounds, or simply crafting straightforward remakes. Both songs boast pieces of ornate sonic detail which are fresh, yet nostalgic, grabbing the listener and throwing them back to a time when rock ruled the roost. The single’s vibrant atmosphere is just as significant, creating a memorable listening experience that rips from the beginning.

“Under the Kiss” offers plenty of sizzling guitar jangles and distortion, hammering drum fills, and Jennie’s high flying vocals. The pair not only recorded these songs together, but seem bonded by an intuitive musical connection, as they feed off of each other’s strengths.

They mix loud, aggressive moments with more nuanced ones, while thoughtful lyrics cut to the quick and linger well beyond the record’s end. It’s a template that signals QUEENMAKER as much more than just another retro-rock band.

On the surface, “Under the Kiss” has a simple and direct sound that accentuates the rock dynamics within the instruments and vocals. But under the hood, Rob Nasty has extended a variety of guitar motifs to give the song a more epic feel, and providing the perfect backdrop for Jennie Väänänen’s vocals.

QUEENMAKER have developed something unapologetically strong, which makes for a potent combination of flourishing melody and dynamic electric guitars that pierce through the arrangement. “Hold on to Love” begins with Rob’s guitar ripping into listeners and immediately combines sentimental lyrics and the seductive voice of Jennie, setting the mood for the perfect mid-tempo power ballad. The hard electric guitar and persistent beat match the energy and determination in the lyrics. The song has captivating vocal harmonies throughout that enhance the soulful sound, giving it a powerfully melodic groove.

“Hold on to Love” has everything a rock n’ roll listener could want: thick walls of guitar, relatable lyrics, a singalong chorus, and an overall arc in sound that allows listeners to hear and fully grasp the concept and scope of QUEENMAKER.

Jennie’s vocal dexterity lends itself to an extended dynamic range while the twangy rumble of Rob’s riffs and solo lines bounce between the rhythmic pull of each track – reaffirming the band’s grip on 80’s rock music by wrapping uplifting melodies around lush guitar-driven arrangements and unforgettable vocal hooks.

It’s this captivating compositional and performance amalgam that quickly identifies the sum of all QUEENMAKER’s conceptual parts.