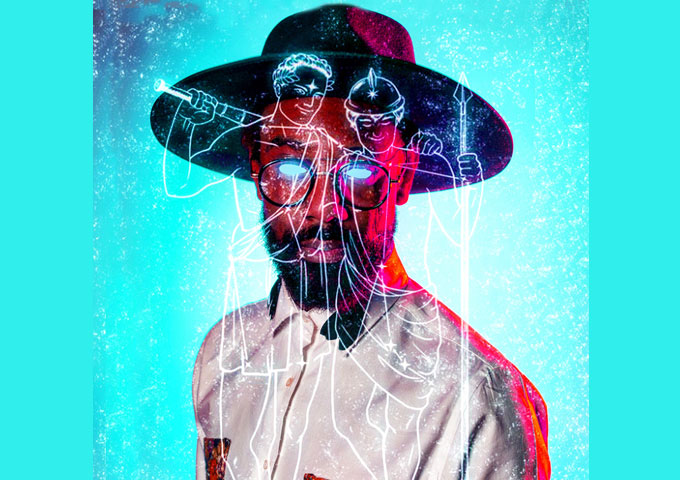 The single “Black & White” by Fantastic Mr Marcel, produced by Jake and Oli Edwards, is very immersing. It’s genius. It’s the work of a soulful, sensitive, very human artist. It is meticulously structured – and that’s its beauty. It unfurls slowly and unpredictably, constantly changing, growing and challenging the listener’s ear. The final 90s seconds brings some of the most beautiful vocal arranging and production you’ve heard all year. It’s a new sound but it’s the same old Fantastic Mr Marcel, an artist who would rather blaze his own paths than travel well-worn roads.

Instead of being bound by the traditional verse-chorus song structure, “Black & White” finds strength in understated instrumentation and hypnotic pacing. The production’s intimate feel and intricate grooves tell a story parallel to the actual lyrics.  The song is a master class in arranging voices, and fulsome in its wish to connect with an object of desire, condensing a future of possibilities into a metaphor of physical connection.

Evolving from an amorphous and rhythmically languid aesthetic, to a structure that gives him liberties within the affirmations of form, Fantastic Mr Marcel sculpts a mesmeric and richly harmonious sound. The command of pitch, tone and timbre here, is a promise fulfilled. It’s clear that Fantastic Mr Marcel uses the musical format as the ultimate form of artistic expression, rather than as a method of simply releasing promotional money-making material.

Fantastic Mr Marcel pushes his artistry far from the confinements of genre, exploring new sonic approaches and textures. It feels deeply inspiring too, especially amidst a period when much of popular music has regressed from creative song structures, and organic emotionality, transitioning into cloned musical templates, and hyped social media susceptibility.

Musically, “Black & White” possesses dazzling stylistic reach, fusing hefty doses of electronica, soul, R&B, and alternative hip-hop.  As expected with Fantastic Mr Marcel music, the combination of musical subtlety and professional craftsmanship reaches a new peak here. A consummate perfectionist, he plots each sonic move with cerebral scrutiny. Not to mention, his vocal dexterity, at the center of everything, showing intense emotionality and sincerity.

Fantastic Mr Marcel has always been known for setting a certain mood in his music, and right out of the gate, he creates an immersive atmosphere here, awakening deep and conflicting emotions throughout the song: “Sexual energy yeah you can’t deny. Cosmic energy yeah you feel the fire. Connected like the bones that hold me up. Running down my spine.”. “Black & White” is melodically graceful and emotionally arresting in the same instance.

Fantastic Mr Marcel’s catalog is filled with highly regarded releases, and “Black & White” ranks near the top of that already impressive list. His hallmark is his willingness to innovate – it’s an impressive feat for an artist whose creativity has forever been boundless. This is the type of song that only comes around very rarely. Fantastic Mr Marcel places the listener right in the center of his comforting lure, inviting you to explore his higher pursuits of self-awareness.

Heavy AmericA – “Tails” – a confident, expansive and dynamic record that stomps and struts