Vinyl-State – “Locked Potential” – is as ambitious as it is combustive!

Vinyl-State are busy making one of the finest collections of songs in their genre in 2021. An experimental rock band from the Netherlands, influenced by groups like The Muse and Coldplay, they are on their way to creating a 100 song playlist on Spotify. Their growing catalog, which launches with the 7-track album “Locked Potential” is a most wonderfully rewarding listen – an album that is as ambitious as it is combustive, as bombastic as it is gracefully seductive. Fiery rock guitars, driving rhythms, soaring vocals, complex arrangements and tuneful melodies, are only part of the story that makes Vinyl-State so attractive to the ear.

The album opens with the guitar jangle of “Ticking Days”. As you peel away the layers, at the core you’ll find the incessant drum beat snapping the rhythm into a tight groove, while the lush vocals caress the ear un an all-embracing soundscape.

The whole sensation is striking, even before the twangy guitar solo comes in to convince you. “No Way Back” is packed with a smorgasbord of sonic twists and turns. Pinned down by the powerful lead vocal which truly soars sky-high here, Vinyl-State infuse the song with a hard-hitting aesthetic. “Dreaming of a World” has a captivating whispery vocal that sits neatly on the jangle and crunch of the guitars, and yet another smacking, dynamic drum beat, which is always at the heart of Vinyl-State’s music. Towards the end the vocals climb in an upward trajectory for a dramatic climax.

“Into a Better Life” accommodates the resonant strum of the clean guitars alongside the ebb and flow of a string arrangement, which adds a beautiful veil of emotion to gorgeous vocals and stunningly biting guitar solo.

The lead vocals hang over the guitar bedding and expertly follow the chord changes throughout “Blind” which explodes in crushing bursts of overdriven angst and intensity. Coming in with sustained synths, throbbing bass notes, and rolling drums, “A Million Way”, develops into an epic atmosphere, full of lyrical and melodic flourish, which moves through some elegant arranging along the way. Everything is enhanced by the singer, who has an extremely flexible voice.

The Vinyl-State musical formula is undeniably moving, and endearing to the ear. The “Locked Potential” album seems to speak to listeners on various several levels. It totally rocks out in some parts and is very smooth and mellifluous in others.

The latter is true for “Lonely Road”. Dressed in groove-inducing percussion, rolling basslines, and just the hint of dirty guitars, the track weaves a wondrous web of mesmerizing melody, thanks to the meticulously shifting lead vocals.

Front to back there’s not a bad song on “Locked Potential”. All throughout, Vinyl-State push forward exploring the edges of their sound, and perfecting it. The band impresses, showing a maturity you’d only expect after many album releases.

The dynamic use of guitar and drums, and the sinuous and powerful vocals are ever-present in these tunes, as they take you on a journey through melodies, sounds and landscapes that explore, resonate and please.  “Locked Potential” is a triumphant display of Vinyl-State’s ambition. 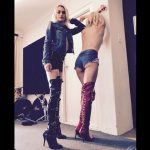 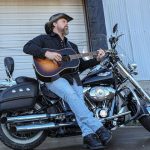 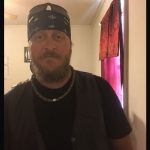