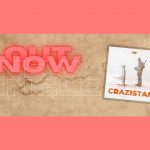 Trevor Rockwell is a rapper out of Jacksonville, FL, currently based in Atlanta. Previously known as an electronic music DJ, whose the Future Sound of Breaks mix cd was featured in Best Buy and Tower Records. Trevor has also played big music festivals like Ultra, performed a few local hot spots in Jax and got to open up for K.Flay and Grieves from Rhymesayers recently.

He started out rapping for friends and fun, but has been seriously writing songs and rapping hip-hop music for the last year or so, after volunteering at the same group home that he went to as a kid. Once there, Trevor wrote a motivational song for the kids and got bitten by the writing bug ever since.

Trevor Rockwell, even though being a relatively new rapper on the scene, has a flow and style that is effortless, while his rhymes have an ease about them. His ear for production is also top notch, which makes it all work.

Trevor uses beats that sound perfectly crafted to his skill set and voice. Therefore it is impressive in it’s simplicity, as opposed to a collection of beats that maybe have no real need to share the same space, other than being made by producer x or y. His beats have a purpose and fit in just right to make his music work.

On his latest song, “We’ve Landed,” Trevor Rockwell displays great lyrical output without employing complex rhyme patterns. He packs as many tightly-knit similes into as many bars as possible, spitting lines like, “We’re here yes we’ve landed / There’s no one here we’re stranded / Hop out the cockpit ready to go / Hit the ground running ready to flow.”

Granted, this may sound like a simplistic rhyme style, but his honey smooth delivery and outlandish imagery are more than enough to keep the masses entertained.

“We’ve Landed,” really works quite well, both as a song and video, from beginning to end. The production style, with the space-age beat and synthesized soundscape, plus the whole comic book thing, lends itself to enhancing the track. Sam Finlay did a cool job with the video animations, while Paul Farace lent a prosperous hand with additional video production.

Another thing that makes Trevor Rockwell impressive is that his skin color is not a part of what he raps about. Like for example, white boy rapper Haystak, who tends to push that almost to the forefront (checkout The White Boy Trilogy). Trevor doesn’t seem to be acting like a white boy trying to be in the rap game, he’s just there like everyone else.

Review by Rick Jamm of Jamsphere

2012-08-24
Previous Post: MY CRAZY GIRLFRIEND Breakout With A New Single!
Next Post: SIR CLIFF RICHARD, ELAINEE And The Rumours…