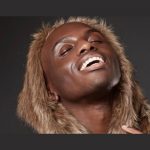 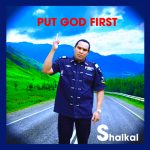 Noah Pine & Living In Song: Stunningly Real and Something We Do Not Get Enough of These Days

Atlanta-born Noah Pine who has opened for bands like Maroon 5 and Gavin Degraw, and whose album “Songs For Julie Love”, we critically acclaimed a few months back, has returned with yet another project; Noah Pine & Living In Song.

On this 7-track album, Noah delivers more of his soulful singing and funky keyboard-driven, horn-filled rhythms. The album showcases just how wide the spectrum of funky-soul-pop music can be and fills a void left by a musical landscape oversaturated with dance cuts, sugary pop, and hip-hop that unimaginatively dwells on bling, cash, and women.

Anytime Noah performs, he puts his heart and soul into the song, and it is heard within this album. This new CD “Noah Pine & Living In Song” just continues the greatness that his previous album had shown the world. Everything he sings about, you feel down deep into your soul. Noah covers many moods and emotions, transcending the framework of genres that he touches on, from Pop to Soul, through Funk and R&B.

I would hope that this terrific singer and musician could have the same kind of breakout that many others have enjoyed this year. But, like a lot of music, he’s probably too good to get songs on the radio. And that’s a shame as everyone should hear this man sing these songs.

From the soulfully slow, “Missing You” to the smooth up-tempo pop-fusion of “If You Give Me Your Love” and the tortuously hypnotic “Let Your Heart Decide” right until the energetic, handclapping rhythms of “Child Running”, Noah Pine & Living In Song is perfection. Not only will you love the voice and the harmonies, you will feel every note played by this amazing ensemble too. The whole production is stunningly real and something we do not get enough of these days.

Noah Pine continues to bring an old school vibe with a new school twist. That being said, this is not a retread of old material. On the contrary, Noah relies on the sound of real musicians playing real instruments, including horn arrangements, and then matches it to his ultra-modern vocal deliveries. He’s dealing with musical matters in a modern context, but his approach is rooted in the original 60’s/70’s soul and rhythm & blues tradition.

In an era where most cats are crooning about drugs and pimping, Noah Pine has remained consistent, classy and true to his craft. Mostly jazzy, funky and exhilarating, its Noah’s beautiful odes to love that easily shine above most of the tracks on this release.

Noah Pine & Living In Song is a solid front-to-back listen that is thrilling to say the least. Noah Pine is everything we need in this era of hoodwinking, computer-generated and watered down pop. To date the best work he has released. Easily 5 stars! 2013-08-28
Previous Post: Candice Russell: “So Much More” There is Passion, Energy and There is Joy!
Next Post: New Duet Remix: “Right Heart Wrong Time” by Matthew Schultz featuring Alessia Guarnera