Sometime in mid-year we reviewed Hooyoosay who we branded as a group that “dabble in the past and play with the future. They drag out covers and stir in some originals, all the time dipping into an immense baggage of rock n’ roll elements, dance rhythm essentials and party music rudiments. This is practically classic Pub rock dragged into the new century by its ears!” Now Hooyoosay are back with a new single/EP and video. The EP follows on from the more pop orientated previous Hooyoosay releases Don’t You Lie To Me and Yooplaaa! By their own admission these new tracks pick up the taste for rock and blues of their full-length “In dekay”. This time they are again revisiting some old Rolling Stones material – with Come On and The Under Assistant West Coast Promotion Man.

The latter was originally recorded by the Stones for their 1965 album Out Of Our Heads and this version (Stones fans will be pleased to know) pays homage to the original and doesn’t stray too far away from the raw blues feel from the sixties. Out Of Our Heads itself consisted mostly of cover versions but The Under Assistant West Coast Promotion Man was their own composition albeit under the pseudonym of  ‘Nanker Phelge’. Come On is a more well-known Chuck Berry track from 1961 that the Stones covered and released as their first ever single in 1963.

“Come On” is good clean audio, no gimmicks, soul throughout, splendid musicianship, unfussy production, terrific songs and Hooyoosay on top form. This is just all grown up, warm, wonderful and acerbic music. Music like this just shows how shite commercial radio is.

Nearly fifty years have passed since these songs first hit the air, yet Hooyoosay reproduce it with the same intensity of that youth gone by; only their playing is more relaxed and considered. Listening to this Ep, you get a strong feeling that the musicians loved making it, as they did their previous releases. They keep the music polished and unfussy, and while the original influences are there, they never ever sound like being a copy of anyone.

Like almost all the Hooyoosay material, this will transport you back to the great sixties sound – if you had the privilege of being there in the first place you’ll really appreciate the sounds and atmosphere. If unfortunately you are too young to have been there, well then now’s your occasion to savor the swinging sixties!

Hooyoosay also cross lines and borrow from 80’s new wave sounds and even go as far as the jangly  pop-punk sounds of Green Day and Blink-182. Not only has this band released outstanding music, but their song choices showcase almost forgotten classics. Of course, what really matters is that Hooyoosay always deliver an astonishingly vibrant and inspired collection of songs, as they have done here, yet again.

All I can say is that the world would be a far poorer place without the soaring sixties’ melodies and riffs, as authentically reproduced by Hooyoosay! 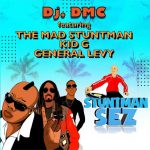