HANGARMUSIC Productions is pleased to announce the launch of Isabo’s new single “Let Me Dance” available by 1 December 2013 on the Best Digital Music Stores.

Isabo’ was discovered as young singer by Italian National Television (RAI) where she worked and performed in Live TV Show as singer and vocalist.

She has sang in duet with J.D. Nicholas – Lead voice of “The Commodores” in a fine latin song: “Delfines”.

During May 2013, she  worked as a television presenter & Singer.

In September 2013 she was a special guest as singer at the Caserta Fashion Awards.

In 2013 she has worked passionately on her Live Music Shows in Italy as DJ & Vocalist.

In November 2013 she  recorded her New Single and Music Video “Let Me Dance” realized in Italy & U.K. 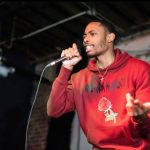