Filosophy: ‘Dont Stop Get it Get It Ft. G- major’ – The All-round Creativity Is Great! Teryn Filosophy McRae was born in Washington, D.C. and has always had a love for rap ever since he took his first breathe. From the start he knew he wanted to rap and had an undeniable love for music. Life was never easy for Filosophy. Growing up in the South East ain’t easy at all. It’s a dog eat dog world out there and being a young black male in the DC area is hard. Filosophy fell In with gangs, and really didn’t care about life just wanting to quit.

Not having a father figure and living with only a Mom who was never really there because she worked life, was hard on him. But perseverance goes a long way and Filosophy has proved that, by graduating high school and taking life head-on. He has made it through the most staggering situations, whether it was being stabbed in my arm, getting almost beaten to death, or losing the only people he held dear in this world. Teryn has made it through with the help of his music and is determined to make all of is a dreams a reality.

Here he continues that dream with the release of the single, Dont Stop Get it Get It – Filosophy Ft. G- major. This is a great, solid song from start to finish. Hip-hop fans that have a craving something that satisfies the raw, rap taste-buds, will get it here. Hard hitting beat? Check. Outrageous, over-the-top, sex-filled lyrics? Double check. A guest appearance from a cool underground artist, instead of appearances from any of the current mainstream losers? Check.

And that’s all you really need. It used to be that simple to move crowd appeal, and we used to get a host of albums of this quality per year up until recently. But now Filoshophy stands almost by himself, carrying the torch for the current pleasure-seeking hip-hop crowd.

After hearing Filosophy’s previous singles that he had come out with in the past year, I wasn’t worried about his single not delivering. For true Filosophy fans, this single will not let you down. The beat is definitely on point and this is one of Filosophy’s biggest strengths. When I listen to hiphop, I listen to how the beat flows with the lyrics because often the beat can make the lyrics sound better. It’s also crucial that you can relate to a lot of the stuff he talks about, which obviously will want you to make to listen to him more.

The lyrics and rhyming are good, albeit explicit on this one, and the all-round creativity is also great. I think Filosophy did his research on how to make this single feel different than his previous work, yet maintaining the same catchy formula. This is important so fans don’t get tired of listening to the same old material. Definitely a must download if you’re a Filosophy fan and worth grabbing if you’re a big fan of the genre, as it has every element you want in a rap/hip-hop song! 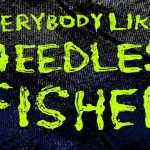