A couple of months ago the Memphis rap collective Southern Minded Gangstaz a.k.a. SMG (Mac Steve, Mr. Foldgaz and Mac Chris) linked up with Snootie Wild for their latest release “Kitchen”. The track was produced by IGotchaBrotha who is known for his work with Rocko, Travis Porter, and Cyhi The Prynce.

The track is hotter than hell.Why? Because the beat, lyrics, style and flow are well above par; the track emphasizes the roles of the SMG members, while the appearance of Snootie Wild ignites the chemistry of the group, setting the whole production on fire!

If you’re looking for something crunk to play in your car, “Kitchen” is the one. This went above and beyond my expectations and it is worthy of multiple listens. You won’t be disappointed with this latest SMG release. I’ve only had it 24 hours but I’ve been listening pretty much non-stop!

“Kitchen” is the kind of single that states the purpose of SMG together with the IGotchaBrotha production that tears it up and shines a light on Snootie Wild too! This is rap that contains a real sense of strength, power and lyrical wit.

Keep in mind that “Kitchen” is delivered in 2 versions; the Radio Version and the Dirty Version.SMG andSnootie Wildmake a deadly combination that’ll have you listening to this for hours on end. Expect more from SMG as they set out to be an influential and powerful crew. The whole group has versatility and each has a great style. So start listening!

About Southern Minded Gangstaz a.k.a. SMG :

Different backgrounds, but the same hustle, brought together artists Mac Steve, Mr. Foldgaz andMac Chris, who form the group SMG. Fueled by setbacks and shortcomings, these young men have everything to lose, yet a lot to prove. SMG describes their music as versatile, well rounded and real. Each has a story to tell, and while they function effortlessly as a group, individually, their uniqueness shines through.

Definitely lyrical, undeniable “street”. Some would call them a legend in the making. Southern Minded Gangstaz a.k.a. SMG…. is the most prolific, productive, and creative rap click to hit the southern music scene, in the history of gangsta music. SMG has proven to be mufti-talented…not only are it’s’ members gifted lyricists, but they are accomplished producers and engineers. Although the group has not recorded, produced, or engineered any gold or platinum hits, its looks like they may very well be on their way. They have a host of independent artists they are working with, and are expanding that roster to include major label artists.

The group has taken their street knowledge, street hustle, and street dollars, to the boardroom.  These young rap entrepreneurs have acquired equity positions in their own record label, recording studio, CD Duplication Company, Graphic Arts/Imaging studio, Internet Radio Stations, and Website Design Company. So prepare yourself for an “Eargasm” of the best underground Southern Rap and Hardcore beats in Hip/Hop today! 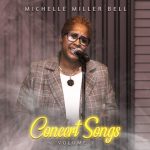