Created for the tastemakers of the music industry who push forth the biggest acts of tomorrow, Indie Anthems Vol. 6 from WiFi PR Group features a collection of independent artists from around the world curated for their combined ear-catching sound and talent. Released at Toronto’s NXNE in June, this record was the latest installment in a series of digital mixtapes that feature musicians making music that includes just about every genre you can think of.

On “Got a Hold of Me” from SXTN, the mixtape starts off strong with a funky hip-hop track featuring slick, in-your-face lyrics akin to Pharrell and N.E.R.D. Hip-hop is further represented by the Middle Eastern-influenced backdrop for Tru Bloo and her melodic delivery on “Tru Starz,” which is as velvety and free-flowing as Lauryn Hill before her.

This level of high energy is maintained throughout the album, such as with the savagely sultry beats backing Stephanie K’s sensual, airy, Britney Spears-like voice on her track “Trouble.” A little bouncier and anthemic is the preceding track, “Sugar and Spice,” from Nate Tao, who has a smooth but catchy way about his lyrics, much like Justin Timberlake on his most pop-heavy tracks.

After a bout of kinetic songs back to back, the mixtape takes a step back to foster a softer, warmer ambience. “The Rescue” from Natalie Major features a sense of longing, emotive pop that Lana Del Rey fans will find charming and addictive, while folk guitarist Rod MacDonald channels Bob Dylan and Paul Simon to bring in a taste of soulful Americana. Sophia Santulli’s “Wolf Face” is a mellow electropop track with dreamy and powerful vocals that evokes a sense of modernized, glitchy ballads a la Purity Ring. Aimee Mann fans will love the subdued guitar picking and crooning voice on Susan Barth’s “And Yet,” rounding out a sampling of this mixtape that takes a breather from the dynamic music peppered throughout the album’s roster of artists.

Then there are the smattering of tracks that hit you just right with a laidback feel that still rocks you to your core. Bodhisattva is one of these psychedelic rock meets jam bands on their track, “It Can’t Get Any Better,” while The Wild Fruit front a White Stripes-esque sound on “Slow It Down” that keeps you swaying with a driving rock sound that maintains a southern drawl throughout the song. On the next track, Youth of the Beast impart a traditional indie rock sound with hints of David Bowie, particularly in the vocals, and Nick Cave on their track, “Highland Park.”

Since music lovers are inundated with new music these days, Indie Anthems Vol. 6 is the type of album they can turn to for carefully selected artists that will wet their appetite for fresh new sounds. From hip-hop to psychedelic rock and all that’s in between, this digital mixtape introduces industry bigwigs to the artists they should promote through media and word of mouth to listeners who are always yearning for new artists to add to their growing playlists. 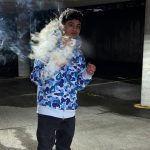 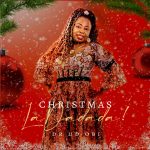