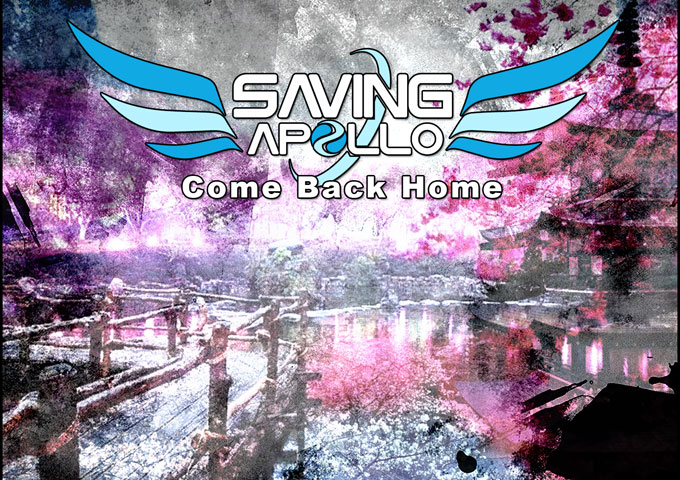 Since forming in Pennsylvania State, Caleb Stackhouse, Garette Fallon and Alex Bierdermann of Saving Apollo, are evolving from a scrappy post-punk act into seasoned songwriters and performers as they continue on their way to forging a successful career. On each successive single release, which forms part of a build-up towards their album, Saving Apollo, move more towards the mainstream while never losing their original alternative pop-rock identity. Quite simply, they’re becoming much sweeter to more ears, than just the alternative post-punk or post-rock ones!

On their latest release, “Come Back Home”, Saving Apollo have continued to developed a nearly flawless and perfect formula; alternative-pop, from start to finish, wrapped in an awesome musical sheet filled with emotion and engaging energy. Caleb Stackhouse’s melodic voice lies perfectly atop the dangerous landscape of guitars and ever-changing rhythm, like icing on the perfect cake. You can one minute be swooned by the haunting beauty of the verses and bridges but then get slightly sledge-hammered during the soaring choruses.

Saving Apollo surprise me on almost every new release, as each song moves up a notch on the ‘overall enjoyment’ grade. They make amazingly great music, nothing less; the songs all have that intense, but catchy appeal, each one standing out on its own at the same time.

Powerful and delicate in perfect measures, “Come Back Home”, embraces the alternative-pop idiom with natural grace, wildly exceeding even the most optimistic expectation.  All words and hype aside, I thoroughly enjoyed this recording. Hopefully the single will be picked out immediately by radio stations, as there is something strikingly catchy and lovely about it.

Saving Apollo is definitely taking a particular direction in their music careers, and based on “Come Back Home”, it’s a direction that promises a lot of success.