Rhett May: ‘Cocktails and Cannabis’ – a truly beautiful mix of electric rock textures! 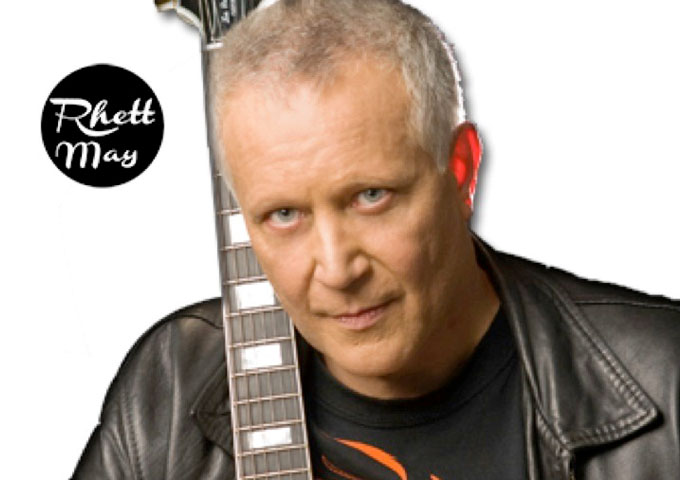 Born in Calcutta, India, Rhett May was immersed in a magical, musical melting pot; Carnatic and Hindustani music and instruments such as the Sitar and Tabla always providing melody and percussion against a daily backdrop of lifting and soaring voices of Ragas. By the time Rhett had begun boarding school in the Himalayan foothills; western music had also begun an invasion; The Rolling Stones, Beatles, Cream and Jimi Hendrix.

Rhett May, whose first band was named The Wooly Bullys, eventually made the move from India to his current home in Australia. May has released various EP’s, including his latest, entitled “Insatiable”, from which the single, ‘Cocktails and Cannabis’, has now been released.

This track does everything many classic rock records overdid or underdid, before and after it. It has its share of hooks but doesn’t rely on them and let the rest of the musicianship suffer. It also has a truly beautiful mix of electric textures; the rhythm section is steady but incendiary, while the song is punctuated with great guitar solos. This is sophisticated pop-rock comparable to the brilliance of Todd Rundgren at his best.

Rhett May’s melodic sense, superlative guitar playing and understated lyrics all combine into a true timeless song. It’s May’s ability to express his thoughts in class songs that sets him apart from the mass of modern-day rock songwriters.

“Insatiable”, from which the single, ‘Cocktails and Cannabis’  is taken, is one of those EP’s that takes several listens to get your head around all that is going on, and there is a lot to be had. It really contains only one rocker (‘Cocktails and Cannabis’ ) but you are rewarded by excellent songwriting, lush, complex mixes, and great instrumentation and variety of sound and styles. It plays great from start to finish which is all too rare today, leaving the listener literally stunned at what has just transpired in the space of 15 minutes and 45 seconds!