“VALEUR D’OR” – Herléo Muntu brings a world of unknowns together! 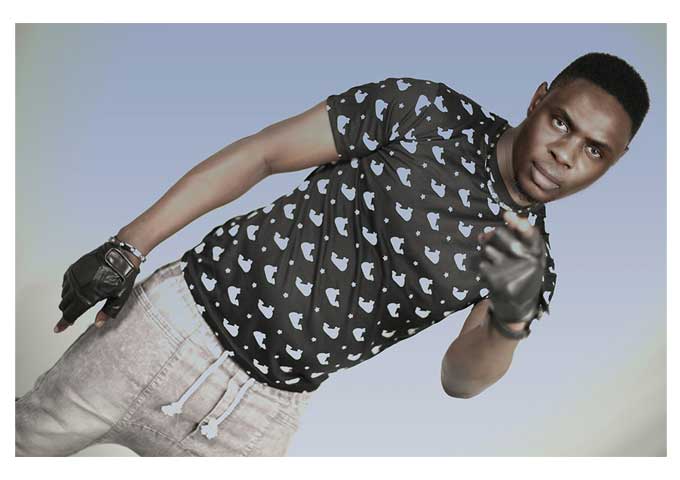 A musical cocktail that is combined with meaningful lyrics written and sung in French, together with African beats, presenting forward with the world music flair to you, is none other than HERLÉO!

Herléo Muntu’s music brings so many different classes of rhythms together that it is not just immediately likeable, but for most people unaware of such a genre, he brings a world of unknowns together.

It is fairly easy to see from where Herléo gets his inspirations to make his music from. Having been born in the Democratic Republic of Congo, he is deeply and quite inherently connected with the African culture, it essentially runs in his veins! He was later brought up in Canada so the amalgamation of international rhythms and styles is reasonably enthused from here.

Listening to his style of music gives you the needed evidence, that he, having been developed within two different worlds and cultures, has successfully saturated himself with both. This unique and appealing combination of both cultures has now become his identity. Herléo has successfully established himself as an artist belonging to genres of folk, Afro-Pop, together with World music.

His music is a marriage of urban music of North America, swaying sometimes in pop tempos and sprinkled with hints of world music – principally from Africa and Latin America. All those listening to his music are drawn to the distinctive reverberations and become enthusiastic! Ask the little children who start bobbing up and down when his song comes on.

Owing to the countless and constant touring around the globe, HERLÉO is progressing persistently – and I’m saying that not just in reference to his music, but evolving himself. He has had the privilege of working with intriguing folks from the industry who don’t fail to mentor him in his conquests. He has had the pleasure of working with Tiken Jah Fakoly, Sans Pression, Tricia Foster, François Grégoire (Kodiak), Bisso Na Bisso, Magic System, Rose Ékosso Erta, ZPN, Le R, Lexxus Legal, just to name a few.

Let’s get to the focus of this article, which is to talk about HERLÉO’s new album called VALEUR D’OR – this is his first album since his recent signing with American record label, Sugo Music.

All the songs in this new album are downright original and there are 13 songs in total. As you go from one song to the next, you’ll discover that each one is better than the other. I say that because you can notice the styles of the songs come with influences of Afro and Latino beats at random. The central theme of the album is love and how valuable it is to have love. After listening to his earlier songs such as the ones from his first album as R-Léo, the second album (Afro Pop/R&B) ’Le Lion des Bantous‘, and his third album ‘Réflexions’ – you will find that he has literally matured and become whole with the new folk / World music album VALEUR D’OR.

The music and lyrics to his first single, Zoba, from his latest album was totally the work of the artist himself. After all, how any new artists these days can say that for themselves! It is a cheerful and a song that brings people together is usually what HERLÉO goes for. To be sure, it condemns various troubles affecting the Congolese society, where he was born, and tries to empower his fellow countrymen for a better outlook on life.

For most of the people who are unaware of situation in Congo, just wanted to share that, although it appears to be a seemingly endless stretch of hills and jungles, you will be astonished at all the troubles people face here on a daily basis. Even peace keepers of United Nations are facing fresh challenges. It is becoming increasingly difficult to secure millions of people who are affected by the brutal conflicts taking place in this country; Conflicts raised by ethnic group rivalries and a struggle for obtaining natural resources.

Coming back to the review of other songs within this new album VALEUR D’OR, the first song is of the same name and talks exclusively of love that is valued in many ways.

The French-Canadian artist, with the African origin, has brought an album this time which is much more social and I can see that it can be easily accepted by many. Social here, in the sense that songs like ‘Enfant Sorcier’ HERLÉO talks about struggles such as child abuse – such torments can be easily related with and incidentally how many artists these days talk about such social stigmas in Africa.