Fabp aka Fabpz the Freelancer: “Battlefield” – continues to live up to his previous title of ‘Fabulous’! 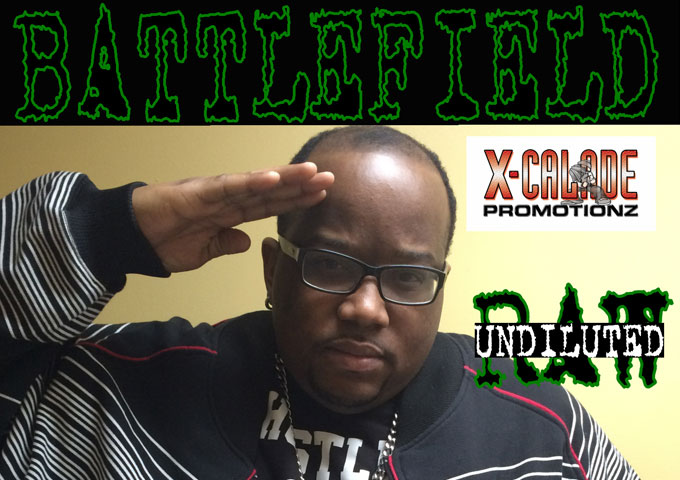 Fabp aka Fabpz the Freelancer is on a roll right now with a horde of releases from his X-Calade Promotionz label. Now comes the 3-sided “Battlefield”. As usual Fabp drops the original version plus an instrumental and Acappella version. The production here is once again simple, straightforward and top notch.

Of course, as all the releases Fabp aka Fabpz the Freelancer puts out on X-Calade Promotionz will be, “Battlefield” is a crossover attempt for Fabp, and based on the material that he has done over his entire career, he certainly is entitled to have crossover attempts, and he does these type of releases better than anyone.

Sometimes Fabp can be cryptic lyrically, but even if the lyrics do not make any sense to you, because of the groove that’s so refreshing, you tend to just sing along and get in to the groove along with Fabp aka Fabpz the Freelancer anyway. This track just really says it all. It just shows how Fabp has never ending lyrics and rides his offbeat creative rhythm like he was born to.

The beat on “Battlefield” will prove to anyone who didn’t understand him at first why they should change that. He hooks up with everybody’s soul on this track, to show how he can ride it and make good music. With the release of “Battlefield”, Fabpz the Freelancer continues to live up to his previous title of ‘Fabulous’!

He started to produce beats and rhymes officially in 2006 after attending I.A.R for the first time and at that point decided to make music his career. A member of ASCAP, Fabp launched his own record label called X-Calade Promotionz.