Bruce Lev is a singer/songwriter and producer heavily influenced by the Beatles and many other classic rock-n-roll bands from the 60s and 70s. He has received several awards for songwriting, released his debut CD on 12-12-12, and was the winner of the 2014 Artists In Music Awards “Best Adult Contemporary Artist”.

Bruce Rev on the red carpet.

In 2014 Bruce’s song “Catwoman” made the ballot for the 57th Grammy Awards for “Best Rock Song”. In 2015 Bruce released his song “Jessica” to widespread critical acclaim and will be up for consideration in the 58th Grammy Awards.

“Jessica” is an adult contemporary ballad about the heartbreak felt by the writer, whose 2-year old niece was about to move far away. Bruce Lev wrote, produced, and plays acoustic guitar; female vocalist, “Juice” (Julia Lucafo) sings; and keyboardist Mark Foreman adds his talents to the top notch production. Music-wise, on “Jessica”, the fidelity of the recording really shines through, and stylistically its appeal is almost for everybody.

Juice has a voice for the ages; there is no doubt about that. She melds the tender phrasing, the words and the meaning of the song deeply into the music. Her beautiful voice rises above the retro style and the strings to cut through the dominant piano and guitar strands like a knife seeking the heart.

Everything is smoldering and gradual with the hopeful tones (“You’ll always remind me that life also has a beginning”), buried beneath the melancholy (“And when you’re feeling alone and blue / Think of all the good times together”), gently surfacing every now and then. “Jessica”, has an intensity similar to a slow burn.

Bruce Lev is such a terrific songwriter here, on both music and lyrics. This is not just a song – this is a true life-story. So deft and intelligent, just about every turn of phrase, musical or verbal, is quietly revelatory in a relationship bound by blood.

Though simple in construction – there are no weird chord progressions or complex, layered arrangements – you’ll love “Jessica” and will find yourself playing it over and over, discovering nuances each time you listen, that you might have missed the first time around.

“Jessica” reveals songwriting growth and depth that is just plain easy on the ear, though at times its theme may be heavy on the heart. The voice, the lyrics, the music, and of course those fantastic real live instruments complete a wonderful release.

Mandilof is Ofer Mandil, an exciting progressive trance musician and …
May 12, 2019
2 min read

It can be a daunting journey for independent artists who …
April 17, 2016
7 min read 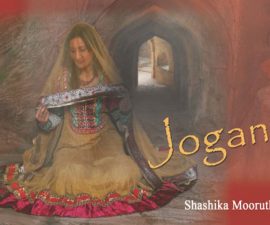