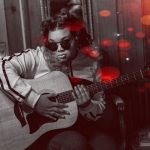 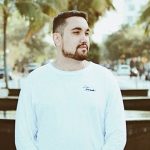 HeveWae is eons more thoughtful than anything you’ll hear on the radio!

Hevewae is another Washington, DC area Hip-Hop emcee whose music is in the realm of what is known in the region as Crank Muzik. It’s a sound that can fit in with any of the latest Southern Hip-Hop joints blasting on the radio and video channels now.

HeveWae (pronounced Heavy-way) started writing and rapping at the age of 15. After 6 years of performing, writing, and recording with a group, he went solo. He invented a new style called Ruffcore and developed a publishing company through BMI and also created his own independent record label called Ruffcore Ent Group.

Considering that Hevewae was born with a hearing impairment as well as a mild speech problem, he surely has achieved a fair deal thus far. Hevewae said it was hard for people to accept him, but with the blessing of the Lord, he pressed on. And pressed on he has, right now Hevewae has a new single bubbling under, entitled, “BOUT IT”.

On the grand scale of hip hop, I’d place Hevewae as slightly left of center. He’s eons more thoughtful than anything you’ll hear on the radio, while his rhymes and topics are more self-aware and conscious than most of the hip hop mainstream. As often as us media folk do though, I don’t want to overstate how great “BOUT IT” is, as Hevewae doesn’t recreate the wheel here but he’s a dope lyricist and put together a great track worth your time and money.

Hevewae possesses the lyrical prowess, flow, and personality needed to eventually succeed in the rap game. Lyrically, he is an extremely clever rapper dropping gems that will surely not go over casual fans heads. Without getting too long-winded, Hevewae delivers the goods on “BOUT IT”, with an intense and vibrant rapping style, together with an excellent production.

Hevewae’s been making amazing music for a long time now. He is living proof that Hip hop hasn’t died, you just have to look harder for good music!