Mike Dubose and The Dissidents Interview

Mike Dubose and the Dissidents were formed in Austin, Texas in 2006. Born with cerebral palsy, Mike was told he would never be able to play chords on a guitar. Believing that “can’t never did anything”, he decided to challenge the world by teaching himself to play guitar with open tunings at age 13, thus developing his own unique sound and style. How long have you been doing what you’re doing and how did you get started in the first place?

Mike Dubose: I’ve been writing songs and playing guitar since I was 15, doing it professionally since I was 19, so 23 and 19 years respectively.

Who were your first musical influences that you can remember?

Mike Dubose: My very first musical influences were The Beatles, Leonard Cohen and when I was 10, “Appetite For Destruction” came out, so Slash and Izzy Stradlin were huge influences! Except I didn’t just want to play guitar, I wanted to write songs and sing ‘em! I’ve always said Appetite For Destruction made me want to be a singer/songwriter/guitarist, “Never Mind The Bollocks” and “Nevermind” showed me that I COULD. When I was writing songs in my bedroom as a teenager, I discovered Bob Mould, Warren Zevon, Steve Earle, Jeff Tweedy and Jay Farrar.

When did you first lay your hands on a guitar , and why did you choose the guitar anyway?

Mike Dubose: I picked guitar because I’d tried drums and bass, but I couldn’t write songs on ‘em! I first laid my hands on a guitar when I was maybe 10. I physically couldn’t play it because I was born with cerebral palsy and that effects my fine-motor coordination so standard tunings were impossible. It wasn’t till 5 years later when I picked up a friend’s acoustic tuned to open E that I realized that I WAS able to play guitar, albeit in alternate tunings.

How did you get to open for acts like Wilco, Elliott Smith, and the Foo Fighters? And what did you learn from those experiences?

Mike Dubose: There was a legendary club in Austin called Liberty Lunch. I’d gone to lots of shows there as a teenager and made friends with the staff. When Missing Ingredient made their first demo, I gave it to them as a gift, not as a “will you book my band” overture. Imagine my utter surprise when we started getting headlining gigs there as well as opening for Wilco, Elliott Smith and The Foos, among many other renowned acts. I learned 2 lessons: Never say never and the most talented people are the nicest and most down-to-earth folks. The gig with Elliott Smith started a friendship that lasted until his death.

After ‘Missing Ingredient’ disbanded in 2000, you went solo sharing the stage with Steve Earle, Pete Seeger and Lucinda Williams among others, yet you said you needed a band. Why was that?

Mike Dubose: Well, with Lucinda and Steve I had Lucinda’s band! Don’t get me wrong, I like the intimacy and stripped down nature of solo shows, but I love playing with bands. There’s more electricity, power and sonic dimension, plus there’s a part of me that simply wants to ROCK!!

How did the first incarnation of Mike Dubose and The Dissidents come about, and who the current members are?

Mike Dubose: After I got off the road with Lucinda in 2005, my friend/mentor/entertainment lawyer Craig Barker told me that I should market myself as a singer-songwriter and “stop trying to be in bands.” I’d played with session players during my stint with Lucinda and even though they were great, backing players, unlike band mates, rarely gave creative input on my songs. So I decided to split the difference and form a band like Tom Petty and The Heartbreakers, where the band is an actual band, not a backing band. It was Bush’s second term, so I came up with the name Mike Dubose and The Dissidents. There were a few false starts, but nothing happened. Later that year my surrogate older sister Mileah Jordan (the manager of the aforementioned Liberty Lunch) unexpectedly and tragically passed away. I performed solo acoustic at a wake/tribute. Her ex-boyfriend’s then-band also played, and his drum kit was still set up behind me. 3 songs into my set, he jumped on the drums and started playing along, just improvising. It sounded great! After my/our set, a guitar player approached me about forming a band and said he had a roommate who played bass. That bassist, Diana Bruschke, is the finest bass player with whom I have ever played, is the last founding Dissident and one of my closest friends. So the first lineup was Diana on bass, Rob Cooley on drums, guitarist Larry Graves and me. As far as the current incarnation, it’s absolutely magical. Diana’s STILL on bass, and our longtime friends and cohorts Susie Martinez and Tom Cuddy play drums and guitar. We’ve known each other, been in bands together and shared bills since the 1990s. From our first rehearsal that elusive mixture of perfect musical and personal chemistry was there in spades. Cuddy put it best: “This band is special. I am not speaking as a member, I am speaking as a long time rock and roller and natural bands like this do not come along often. WE are as surprised as anyone how good we sound but we really are that good. It is some kind of force of nature.” Finally, once again all four current members knew and loved Mileah.

Tell us something about your songwriting processes. Do you lock yourself up in a room and ‘work at it’ or do songs arrive while you’re really busy doing something else?

Mike Dubose: I write all my songs on acoustic guitar. I play acoustic guitar every day and write complete musical parts for songs, but lyrics are inspired by a build up of extreme emotions: joy, pain, heartache and anger. The water backs up, the dam breaks and a bunch of songs pour out. Currently, I’m pretty content, which to me is the horse latitudes of creativity, but being betrothed, the state of the world, politicians and the death of quite a few loved ones has me feeling the pressure building up again.

On which one of your songs do you personally think you delivered your best performance so far, from both a technical and emotional point of view?

Mike Dubose: There’s a live version of a song called “Head Above Water” on which I really nailed it, according to Diana. It was played in 2012 at a tribute concert for a friend of mine named Leslie Cochran. Here’s the YouTube link if you want it: https://youtu.be/rU42N04C-O0

How did working with Leonard Cohen bassist, producer and musical director Roscoe Beck come about?

What do think is the best piece of advice in this business you received and actually followed so far, and one piece of advice you didn’t follow, but now know that you should have?

Mike Dubose: The best advice was given to me by my friend and Missing Ingredient drummer Dirk Reel: “Play every musical style/dynamic that feels right to you.” That’s allowed us, be it Missing Ingredient or Mike Dubose and The Dissidents to never be pigeonholed, which is great! The one I wish I followed (and do NOW) is “always copyright everything as soon as you write it.”

The new technology has completely changed the way the music business works. Do you still purchase physical CD’s or is it all about downloading digitally now? And which was the last CD you actually purchased?

Mike Dubose: I still buy vinyl! I download a lot of music, but I still purchase CDs. The last one was Motorhead’s new record, “Bad Magic.”

In today’s music world filled with samples, beats, loops and all the manipulating software to go with it. Do you think it is still necessary for anyone to learn to play a musical instrument, like you did ?

What do you think is the biggest barrier you have to face and overcome as an indie artist, in your quest to achieve your goals and/ or attain significant commercial success?

Mike Dubose: Since this is an independent label/DIY deal, raising capital to record, manufacture, distribute and publicize our next release is a huge obstacle.

What is your current music release called and where can fans find it?

Mike Dubose: My current release is a solo acoustic CD called “Head Above Water” that can be purchased via CDBaby, iTunes, Amazon, or me! The band’s stuff is all over the web, most of it is downloadable gratis. Just Google Mike Dubose and The Dissidents!

Any specific touring, recording or collaborative plans for the near future?

Mike Dubose: We are going to self-finance an EP in the not-too-distant future, and tour behind that. I want to follow the Hendrix, Blondie, Mudhoney, Nirvana, Bill Hicks route of going to Europe first and then touring the US. It’s not a question of if that happens, it’s when. We’ll figure out a way to pull it off! 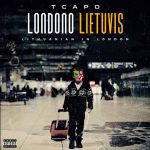