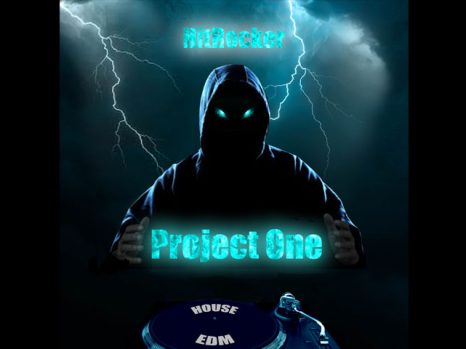 The award-winning song, “A Bright Tomorrow” by The C.R. Ecker Band is all about extending goodness to those in need and believing that you can help to make a better world. The song, sung by lead vocalist Michael Stanton was first composed by Charles Ecker in the late 80s.

Charles Ecker (on the right) picking up an award.

Now, after gathering dust for almost 30 years, finally the song has been released through CdBaby. And just weeks after its release the first official accolade rolled in from The Akedemia Society, with “A Bright Tomorrow” being named “Outstanding Country-Americana” song. Moreover, composer Charles Ecker has earned over twenty awards and nominations for his work during the past 4 years.

This is another great spin from The C.R. Ecker Band. By the time I’d listened to “A Bright Tomorrow” a couple of times, the tune was stuck in my head. Michael Stanton, on the other hand is old country boy with a voice carved from solid granite. His voice is full, deep, and could probably match any style he puts his mind to.

“A Bright Tomorrow” comes along just in time to remind people what real country music sounds like and how to write lyrics with depth and meaning. If you don’t feel better about life and humanity after listening to The C.R. Ecker Band’s songs, it’s time to seek therapy.

Charles Ecker is one of the unsung heroes of country music. His songwriting is sharp, and profound, and his positive energy together with that of his band, would leave most country stars half their age collapsed on the stage begging for mercy. Listening to “A Bright Tomorrow”, I realized that The C.R. Ecker Band has reached yet another level of musical artistry. They cover the whole gamut of emotions here.

This kind of music carries on the authentic legacy of true Country in a way that contemporary and alternative country music absolutely does not. The musical licks are sharp, the vocals full-throated and the words always heartfelt. Charles Ecker is a great songwriter who is honest, sometimes funny, and can be touch-your-heart sad.

It’s obvious that the experiences of growing up have given him an insightful and determined attitude. How does he maintain such longevity? Where does he find this seemingly bottomless well of creativity? How can he make all these old words seem so new again? Well, maybe it’s just the innate talent!