Bunny Sigler: “Till I See You Again” stir up your emotional molecules

Contrary to what you may believe Walter “Bunny” Sigler is not the new kid on the block – no sir, ‘Mr. Emotion’, as he is often called, is the block! And he has been standing his ground for 76 years. Sigler has worked with the legendary team of Gamble & Huff, and most of the artists associated with the Philadelphia stable, including The O’Jays, The Roots, Jackie Moore, Harold Melvin & the Blue Notes, Barbara Mason, Billy Paul, Lou Rawls, Patti LaBelle and Stephanie Mills. Sigler also co-wrote “The Ruler’s Back”, the opening song on Jay-Z’s album ‘The Blueprint’. You would think that at his age, and with his illustrious track record Bunny Sigler would be sitting on a park bench somewhere enjoying the well-earned title of ‘living legend’. Wrong again.

The renowned R&B singer/songwriter is still working to improve that title, and his latest release is the single, “Till I See You Again” – a classic narrative of nostalgic longing for a special friend. Sigler has noted that the song is dedicated to the late Marvin Morrow, who co-wrote the song with him.

Bunny Sigler is a far cry from our modern R&B hype-men. He offers no bells and whistles, just a well-crafted song topped off by that meaty, soulful voice. The stately Sigler knows from experience that you cannot reinvent the wheel, but you can make it run a whole lot better.

So he takes the meat-and-potatoes R&B h has been serving his public for decades, and injects it with the knowledge of when to deliver a subtle caress, a hearty shout, or even float into a pretty falsetto when he needs to.

This is the pop-music moment of ‘sexy divas are more interesting’, and the grown-up, heart-wounded masculine R&B tradition has gone into a blind stagger. The romantic sensitivity of the adult male is not a trending topic.

But here comes Bunny Sigler smashing the door down and walking into the exclusive room in his white suit. He’s confident and smiling, with a lithe voice full of authority and cultural memory, that could knock you over, but he won’t. He’s going to stir up your emotional molecules and raise the level of your heartfelt sentiments with “Till I See You Again”.

The ascent and resurgence of the Philadelphia, Pennsylvania born Walter “Bunny” Sigler is the stuff of dreams: most artists who first hit the charts decades ago are no longer breathing, much less in-demand enough to keep performing. This is how ‘living legends’ become such! 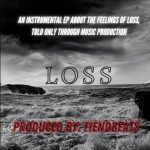 Chad Nathan – “Wins and Losses” ft. J.See – the most relatable and ear-warming work he has done thus far