There are two types of people in this world – those who enjoy music and those who like music as a background noise. The Hopeful Giants is for people who like music. The heart and honesty that went into their debut recording is extremely commendable. It will leave you hanging on every word and note. The Hopeful Giants are a three-piece, indie folk band from the Inland Empire in Southern California, composed of husband and wife, Ryan and Kelly Skove, along with longtime friend Greg Kent. Having released their first record, the “Hawthorne EP”, on February 25th, the band has set their sights on engaging the local music scenes of Southern California.

Listening to “Hawthorne EP”, we get beautiful, poetic lyrics and haunting, simple melodies that will not leave your head. It’s primarily an acoustic EP with a folk, singer-songwriter sound. Ryan and Kelly Skove harmonize and sound excellent with Ryan’s trembling tenor voice evoking innocence and passion.

The entire EP sounds like the band is sitting across the table from you, beers in hand, telling you stories through song. It’s a very cohesive work, somewhat reminiscent of Sixties folk. It’s such a rare and amazing feeling when you find a recording that you genuinely love every single song on.

The “Hawthorne EP” is a very strong acoustic recording, and from the start with “Again and Again” you will find whimsical songs laced with deep cutting lyrics that go straight to the heart. Hitting track two, “Change of Heart”, The Hopeful Giants continue to impress.

Not only do they have creative songs with both unique lyrics and completely new music, but from the harmonies on “The Fall” to the swift but gentle percussion on “Once at a Time”, and the naked guitar strumming on “Great Escape” to the more layered and lush, upbeat arrangement of “Repentance”, every single piece is specially crafted to be timeless and enjoyable, anytime from now until infinity.

If folk-based music is your thing, this music is exactly what you have been looking for- a somewhat indescribable, raw but crisp to lively sound, wrapped up in a combination of simple organic instruments, thoughtful lyrics, great harmonies, and melodic tunes, for an overall effect which is nothing short of stunning.

You could put The Hopeful Giants in the same broad category as Mumford and Sons, Bright Eyes and The Lumineers, but they’re a little bit more closer to the stripped-down, singer-songwriter core of the genre.

This EP presents musical beauty in its purest form; the recording contains a whole new breed of acoustic hooks and vocal harmonies which create a cohesive listen that takes you on a reflective contemporary folk journey with some nice retro flavors, reminiscent of our classic, legendary singer-songwriters.

The “Hawthorne EP” is full of sincerity and emotionally deep, coupled with a style that is meant to easily work live. Each track here lets their ambitious, yet tender nature shine through brightly, displaying an impressive capability to create something contemporary out of a timeless legacy. 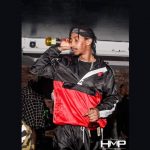 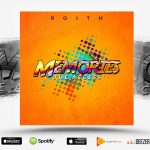 Dominic Roith – “Memories The Access” – a magic carpet ride through a whirlpool of emotions, sounds and rhythms

Barista – “Open Sesame Vol 1: Her Dress” – a positive change of pace from the everyday riff raff