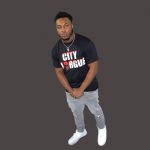 DasMeter: “I Want You” – a picture-perfect EDM sound

During January of 2017, real-life brothers Darren (Keyboard, Drums) and Michael (Guitar, Vocals) an American music duo project that goes by the name of DasMeter, dropped their critically acclaimed 13 track album “Evolution”. Their debut single “Mercury” was released in back in May of 2015.  Now during May of this year, DasMeter dropped their latest single, entitled “I Want You”. DasMeter has never recorded under false pretenses. It’s always been about sounding like a hybrid of electronica, electro and post rock. They have also never been shy about transcending that commonplace into other settings, depending on the mood they needed to communicate. So, it should come as no surprise that on their new single the sounds are exponentially more voluminous and EDM orientated, far beyond that of their previous studio output.

DasMeter has been crafting different soundscapes, ones that certainly involved elements of heavy bass-trodden beats and cleverly placed sounds– that was about creating a sound that they could splatter all over the walls of every club, house, and venue the songs were played in.

Their album, “Evolution”, had to deal with hefty themes like marriage, separation, and divorce, so it necessarily had to avoid the Pop and EDM grandeur DasMeter are so easily able to achieve. There were certainly brilliant moments on the album that glistened hopefully at what someday they would do when different moments in life came around. They were, for the time being, going to have to keep working for that picture-perfect EDM sound.

Enter “I Want You”. Darren and Michael have effectively reached their destination, but perhaps even in a better way than they had intended. Though the theme of broken relationships, love and longing remain, the musical grandeur is greater than it was before, and DasMeter have also discovered a certain pop sensibility that was previously absent. And not only have they discovered this attribute about themselves, but they have honed in on that particular trait and made it the focus of this new track.

The production on “I Want You” is even more precise than anything before. There are no weak points, and they’ve added more to their game, most noticeably highly melodic and potent female vocals.

From the moment the songstress lets loose: “Your smile made my day. Your touch made my night. Take me to too much. Set the bar too high…” it’s obvious that this is as electronic as it is pure pop. The track beautifully hinges on its vocal arrangement and its verse/chorus mentality that ebbs and flows as much as it soars.

I didn’t believe they could have combined their signature blend of electronics with pop smarts in such an addicting way, but they have, and “I Want You” has the ability to frequent any dance club or Top40 singles chart of its choice.

DasMeter truly impresses in this newly entered electro-pop realm. The vocals are clean, the instrumentation is impeccable, and the music is catchy as hell. And really, what more can you ask of a duo who has set out to create emotional soundscapes? Truly, DasMeter has taken another step in the right direction.