Timi Alexander is a 23-year old Finnish singer, producer and multi-instrumentalist living in London. Timi, who also collaborates in the Hip-hop duo, Morceau, is set to release his self-titled debut album this month. The album which was entirely recorded in Timi’s room feature songs that go from electronic to 90s alternative rock and hip hop. Alexander’s music exemplify everything that is to be valued and cherished in most art. It sifts through the signs of human emotion. These signs sweep through lush waves of orchestration, music that overwhelms you, swells your chest, makes you feel when you don’t want to feel anything. It’s the catch between the human, the heart, the mind and the soul.

It’s the eclecticism: the insane vocal changes, the willful over or underproduction, and the different flavors of angst in one lyric sheet. It makes you think about what kinds of decisions were made, and to what ends, to create something to hit particular emotional triggers. These key points heighten our response to music, because that’s the way in: it’s where the naked soul shines through. It’s where Timi Alexander shines brightest.

His music hits all of these sweet spots. And it is so utterly, utterly engaging. Curious. Kind. Tormented. Genius? Timi may be any one, or all of those things. He’s a production polymath that sparkles with enthusiasm, and with a lack of snobbery that’s damn refreshing. When written down, this album should be a mess. It shouldn’t work as a whole.

Instead of sticking to a single style and sound, Timi Alexander decides to take colossal opposing directions, flirting with electro, world, atmospheric, ambience, rock, epic and experimental soundscapes. At a glance, he may seem like an artist that has lost all sense of direction, spiraling out of control in a desperate attempt to find a new sound…

However, call it a divine blessing, but it works. It works better than it should. It seems that Alexander has a rare skill, to take bits and pieces of samples, sounds, ideas and styles, spike it with his production-drug, and make it flow so well on an album that is different from anything you’ve heard before, yet cohesive and in some way familiar.

My guess is that these songs are not so much familiar to our ears, as they are to our emotions. It is there that Timi finds the common ground on which we all stand. And on which we will all find solace or distress.

Hence, music that shifts emotions will always find a listener. And it does so regardless of styles and genres. Having said that, the songwriting on this album is top notch, and the expansive arrangements all play a major part in bringing Timi’s outlandish creations to life.

Simply put, the dude is a quality songwriter, and an even better innovator. He creates songs that are at once hard-hitting, yet languid and atmospheric. Which he then wraps up in astonishingly elastic vocals that stretch from the lowest lows to the highest highs. At times he whispers and squeals, at others he growls and roars.

If you’re looking for simple melodies and easy listening arrangements, you will not find those here. Timi Alexander writes music that pushes boundaries and are meant to emote and challenge the listener. Essential listening includes: “Cold Leather”, “Heartblood”, “Bonus” and “Glide”. But these are not tracks a writer could, or should, even describe. A simple pair of earphones is really the only go-between you need to have between Timi Alexander and yourself. 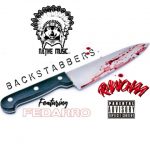