PWJazy – “Heroes” – the mind of an alternative creative

LA-based performer, PWJazy, is an unusual artist. His songwriting is soulful and the arrangements are mind blowing. His voice is a breath of fresh air with all of the nonsense that has been going on for years in the music scene. His singing has a distinctive tone that has not been auto tuned or fixed up in any other manner. “Heroes”, his latest single, is a really intriguing, diverse recording. I didn’t like it when I first heard it, but the uniquely experimental alternative rock sound, the bombastic lead guitars, and the dark, mysterious lyrics somehow fuse together to produce

How often do you get to hear a full length live album of twenty instrumental songs played on the ukulele? And what if those songs were being played by an artist considered to be one of the pioneers of the ukulele in Brazil? Someone who has toured the world, taking his ukulele sound, to the most diverse countries – from Brazil to Canada, Italy and South Korea, among others. Someone who dropped a parallel career as an Information Technology entrepreneur in 2017 to fully dedicate himself to music and the ukulele. The Brazilian musician, composer, arranger and musical educator, in

Donny Richmond Continues #1 Success With “Statue Of A Fool”

Multi-award winning international recording, movie and TV star Donny Richmond is now an inductee of 4 different music Halls of Fame. His recent starring role in the movie, “Saving Faith”, released by media giant Lionsgate Entertainment, earned him a nomination for Best Lead Actor in a Feature Film from the International Christian Film Festival. Cameo appearances in the film were made by several of Donny’s fellow artists, including Vince Gill, Amy Grant, Michael W Smith, members of Rascal Flatts and The Gatlin Brothers, Olympic skater Scott Hamilton, and many others. Donny is highly respected among his music peers and fans 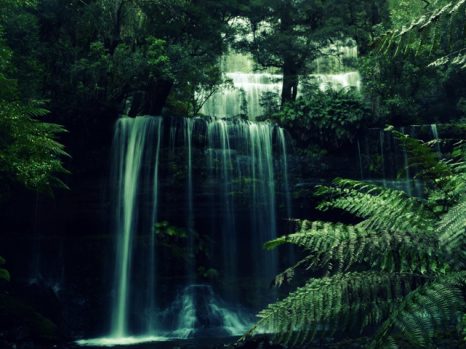 As the new single from 35 Year old male hobby guitarist from Switzerland,  Oliver von K, “Ayinka V” is a recording full of sweet emotionally charged moments, of quiet subtlety, emphatic life affirming melodies and sprinklings of musical flare. Bursting with fresh ideas and rhythmic vigor, this record is a highlight of the instrumental ambient guitar genre itself. If you’re like me and have crippling anxiety and it takes a lot for you to find your zen, this is the track for you. Put on your headphones and let this be the background of your day and you will be

Ambrose – “Without a Word” – brilliantly composed, produced, and imagined

Ambrose is one of those unusual musical composers you rarely come across via the mainstream media. Her work is never trite or clumsy and it always sparkles with personal genius. She never panders to modern trends or seeks to retread classic retro avenues, in search of commercial viability. She simply composes what moves and inspires her emotions. Each track on her stunning album, “Without a Word” will resonate with a different part of you. Ambrose’s works are equally beautiful and unique, as well as being particularly crafty at appealing to even the most elusive facets of your states of being. 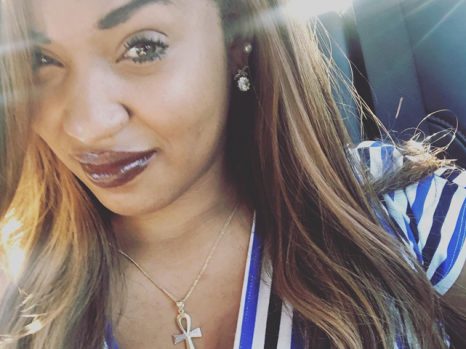 Brand new artist Nuumelody goes out of the way to spread a powerful and empowering message about embracing yourself in her latest hit “BODY”. Her voice sounds assured and strong. With this song album, she confirms her position as a vocalist to watch in the coming months. Blending a mix of rhythmic groove, smart lyrics and soulful vocals, Nuumelody deftly displays the maturity and self-confidence that she has developed since her recording debut. Having already worked with a variety of accomplished producers, Nuumelody showcases a smooth range of emotion and mood on “BODY”, produced by Defstarz that reveals the heart

Home
Releases
ROSABEL: “The Album” – Compositions of the highest quality

ROSABEL the DJ duo consisting of Ralphi Rosario and Abel Aguilera met in 1989 during the Winter Music Conference in Miami. For the better part of 25 years the two have been generating dance hits, and more recently, tag-team DJing for the masses around the globe. They dropped their first creation in 1994, with “La Puta” released via Groovilious, a part of Strictly Rhythm records out of New York. The continued dropping independent releases and filling floors each summer on Tommy Boy Records/NYC, and have since, officially remixed such artists as Lady Gaga, Beyoncé, Rihanna, Madonna, Katy Perry, Cher, Gloria Estefan, Janet Jackson, Donna Summer, and many more.  Their remix work even landed them a Grammy Nomination in 2011 for the Rihanna Single “Only girl (in the world)”.

Ralphi Rosario is one of Chicago’s legendary “Hot Mix 5” DJs that strongly influenced house music when it started in Chicago. He has been an important DJ in the history of house and club music; Abel Aguilera is in the top tier of DJs, performing regularly for major worldwide events.

They’re both sought-after stars in the house music and Circuit worlds today. And now ROSABEL are set to release their debut album, via Carrillo Music – simply entitled “The Album”, featuring their longtime friend Jeanie Tracy on vocals. If these tracks don’t give your soul a little bounce when you throw them on, then find a new genre of music to listen to.

“The Album” should go down as one of the best Progressive House albums of the year, in other words this means giving it consecutive play start to finish. In fact, it is almost a shame if you ever need to pause or stop mid-track.

Whether you are on the dance floor, driving for hours, working out, or simply chilling with your best headphones on alongside a tall, frozen beverage staring out over a white sand beach, you will lose all sense of time. As usual Ralphi’s Puerto Rican, and Abel’s Cuban roots, are always tangible enough to infuse their tracks with that spicy Latin flavor.

Superbly put together and jammed full of dancefloor atmosphere, “The Album” is one original house compilation that cannot be overlooked. ROSABEL are true talents when it comes to producing dance tracks; their compositions are of the highest quality, but it’s their ability to add texture into their music, and to create moods which are all too easy and enjoyable to embrace that really stand out the most. This recording is so involving, it’s so hard to describe words that come to mind – certainly energetic, vibrant, absorbing, soulful, and well damn right, brilliant, come to mind.

Having a career that spans in excess of twenty years at the very top of their game in a continually shifting musical landscape is no mean feat, and equaled only by a select few. And this recording tells us exactly why. “The Album” oozes fresh tracks, impeccable mixing and longevity, which is key for any album to keep spinning on the turntable.

“Don’t Talk Just Listen” sets the tone perfectly, gently opening with a heartbeat rhythm and spoken word vocals as the percussion drives in to set the precedent for what is to follow. “Funky Beat” steps up the energy with a more insistent bassline while the harmonic key changes continue pushing the energy forward.

Jeanie Tracy steps into the mix on “Your Love” bringing a wash of soulful harmony and melody to a perky piano driven rhythm. She’s even more captivating on “We Need Love” a hypnotic monster of huge sounds with enormous basslines. It’s a delightful track and one of my favorites this year.

Basslines and brass zip in and out, as one of the hottest production properties, deliver their Latin flavored formula on “Cha Cha Duro”. “The Feelin” ft. Tamara Wallace, doesn’t merely creep in, it stomps in with an authority and builds and builds to devastating effect. Next up is “Anthem of House” with Terri B, which creates an incredible dancefloor atmosphere.

The album also includes some stellar remixes: “That Sound – Alan Jackinsky Private Mix (Bonus Track)” and “(Yinon Yahel & Mor Avrahami Remix Edit)”, among them. In between, you’ll find “Vamos!” and “Livin’ For Your Love” with the immense Jeanie Tracy.

“Cha Cha Heels (Tony Moran + Deep Influence)”, brings to a conclusion an immensely satisfying listening experience and something you will enjoy time and time again. ROSABEL have created a mix of forward-thinking dance compositions that doesn’t sound like anything else out there at the moment, and that looks set to stand the test of time!

If only one thing becomes clear after listening to the …
September 1, 2017
5 min read