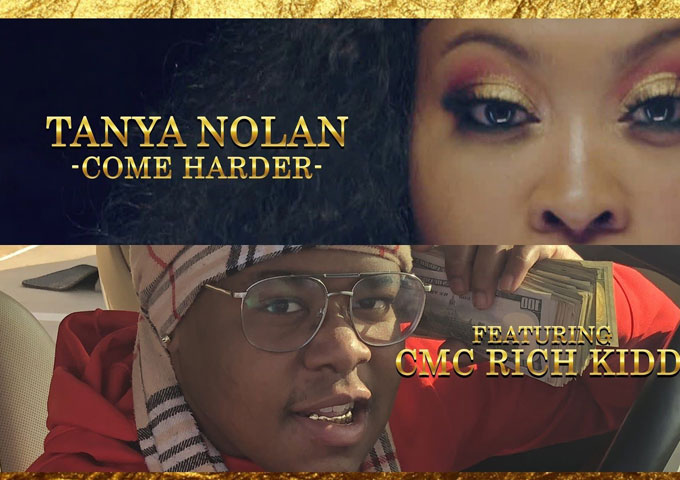 No stranger to the game, Tanya​ Nolan has been performing with live bands since her teenage years, as well as sharing stages with celebrities for years. With each new release getting no less than 100,000 plays, Tanya is a testament of hard work, dedication, passion and commitment to her craft.

Her new single, “Come​ Harder”​ is no different. Veering slightly from her previous releases, “Come Harder” does indeed do just that with hard-hitting production, unabashed songwriting, powerful vocals and an equally potent CMC Rich Kidd ​feature.​

Overall, “Come​ Harder”​ is a 2019 anthem empowering women to take control and take their power back in relationships. Nearing 50,000​ views since it’s April 21st release, it’s safe to say the World agrees, adding another hit to Tanya’s resume. So, press play on “Come Harder” and get ready the industry’s up next: Tanya Nolan​!​

Tanya Nolan has made her name known as a soulful singer and songwriter producing modern R&B and Pop Music. Tanya was born and raised in Galveston, Texas, and currently living in Houston, Texas.

She has built an international following by paving her own path with her distinct artistry and distinguished voice. Her soulful/Pop/R&B style is notable for a lyrical depth and narrative that’s refreshingly substantive for her style of music.

From an early age, Tanya admired some of the great artists that came before her, only because she was, and still is fascinated with many genres of music. All of Tanya’s musical experiences have molded her into an artist who has an authentic sound.

She has been performing with live bands since the age of 15. In addition, Tanya Nolan has shared the stage with many celebrities and will undoubtedly turn heads with her latest music releases.