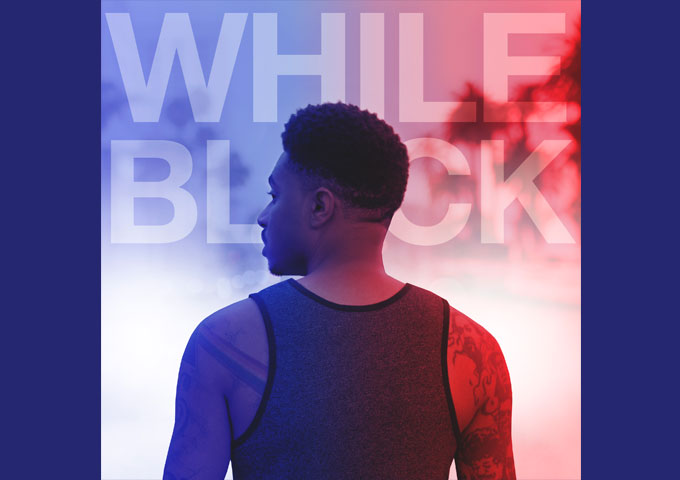 Solomon Vaughn aka Boonie Mayfield has always traded dazzlingly intricate verses, intellectual thoughts and propulsive rhymes, over inventive, nonlinear productions, and his latest release “While Black (Red Light, Blue Light, E’s and R’s)” re-proposes that peerless aesthetic, while adding an ulterior dose of consciousness, and reinforcing his hard-won authenticity. “This song is a 2-part storyteller based on some of my personal experiences with racism; from getting racially profiled by police, dealing with stereotypes while dating and the ugly side of interacting on social media,” explained Boonie. “I was inspired to display some of the scenarios I’ve gone through on a regular day; constantly being reminded how living life “while Black” often affects the way we are viewed and treated.”

It’s hard to know what exactly the role of music is in a troubled time like this, but outspoken artists like Boonie Mayfield have messages that need to be heard right now, and he knows releasing “While Black (Red Light, Blue Light, E’s and R’s)” can help to understand both the physical and psychological persecution constantly perpetrated in what is described in America’s national anthem as the “Land of the Free”. But then again, everything about “The Star-Spangled Banner” – its lyrics, its author, and the path it took to becoming the national anthem – is inextricably bound up with America’s history of racism.

In a post, a couple of years back, Chris Birdsong summed it all up rather brutally and eloquently: “It’s called the “Land of the Free” because a racist, slave-owning man on an enemy ship happened to coin the phrase in a poem. He was there out of shame because he had fled the battlefield in a previous fight and he was trying to negotiate his friend’s release from a British prison. The poem that this racist, slave-owning man wrote, would later be chopped up and put to music before becoming our national anthem.”

So when Boonie Mayfield opens the track, singing, “Red Light, Blue Light flashing at my black skin. I’m afraid you might take another black life tonight. Pray I make it home alive tonight,” you know these sentiments have been nurtured by a history of prejudice that goes way beyond current events.

Every Boonie Mayfield release thus far, has been great, but he hasn’t had this kind of direct candor and commitment in a while. I listened to this single five times in a row, and each time I couldn’t believe how quickly I ended up on the last bar of the song. When your music is this urgent, this vital, it flies by.

This song will resonate with audiences right now. The racism that enables the type of brutality and injustice we have seen in recent weeks has existed for centuries, and resistance is now at its spillover point. Boonie Mayfield’s personal narrative in “While Black (Red Light, Blue Light, E’s and R’s)”, certainly helps amplify how common these types of incidents are in everyday life.

The track flows with a mesh of pointed social commentary, and an ominous production that merges the dark minimalist and cinematic soul. The focus throughout however, remains on the wicked wordplay in the verses and the mellifluous crooning during the choruses – both splendidly executed by Boonie Mayfield, who also put together the beat.

Whereas most hip-hop artists stick to defined lanes, Solomon Vaughn aka Boonie Mayfield aspires to be truly free, with a growing artistic sophistication and commitment, as well as heart, wit, and integrity.