Elias Strategos is no stranger to creative wordplay, amazing production and use of his past and present to make music that is in one word – real. A lot of today’s society can easily relate to his lyrics and the portrayal of his life experiences and thoughts. His 5 track EP, “The Break Up”, has the title of each song making up a self-empowering sentence “I’ll” / “Be” / “Better” / “One” / “Day”. If you’re dealing with the trauma and feelings of being alone after an afflicting, relationship break-up, this is the record that will accompany you through the catharsis of that aftermath.

“The Break Up” is a recording you could play front to back on repeat and not get tired of it, as every song is unique to itself, yet fundamental to the whole project, and has lyrics that almost everyone can relate to. As mentioned previously, Elias Strategos should be branded under the ‘real music’ category, as his lyrics and emotions come across as authentic. Although Elias Strategos always has intense lyrics in his projects, fans can certainly recognize “The Break Up” as a different, more emotional beast. From the moment Elias kicks off the recording with atmospheric drive of “I’ll”, he never lets up. “This song’s for you, to have the courage to make it through. So take that gun out of your hand. This is just a moment, fuck giving up. It’s time to own it.”

“Be” holds true with Elias Strategos’ passionate lessons that listeners are accustomed to. “I’ve seen a good man lie, a bad man cry, a decent man die, because a girl chose to lie. They found my homie hanging in a basement because he couldn’t face the lies that he saw in the young girls eyes.” Moving forward, the track holds plenty of philosophical and thought-provoking lyrics.

“Better” is vulnerable but fairly optimistic in its ruminations as Elias reflects on his emotional status. “Staring at the ceiling late night. I’m thinking of the things I can’t get right. I know, I know one day it’s gonna change…” Deep and meaningful words are known to be lost to the upbeat rhythms and à la mode lyrics of rap music; however, Elias Strategos combines lyrical purpose and a compelling beat to create an impacting song.

As the beat picks up, the meaning of Elias’ words deepen. “One” brings even more reality to a project that is brimming with soul-searching authenticity. “I seen a whole lotta hurt. I seen a whole lotta pain. Seen a whole lotta people on the street begging for change. It’s a cold world,” raps Elias, adding: “But God says something better in the letters that I read…”

A story of a raw, open-wounded relationship is told through hard-hitting metaphors and a dark reverberating melody, on the thundering soundtrack of “Day”. It takes the listener deeper into the issues that devour relationships. The mood, layering and attention to detail is exceptional. As usual Elias Strategos holds nothing back lyrically, talking about unscrupulous women: “Imagine these hoes with no souls and no clothes. Fueled by white claws and likes on photos. Shakes from Zesto, do anything to make her neck glow.”

All throughout “The Break Up”, Elias’ input of raw emotion, real and honest lyrics, is what immediately impacts the listener. His technical prowess and the stunning beats do the rest. As an artist, I expect that over the next few years, Elias Strategos will reach the pinnacle of lyrical hip-hop. Either way, he will receive strong recognition within the industry. His music is of a very high quality, and he is extremely gifted and honest at what he does. And he just keeps getting better… 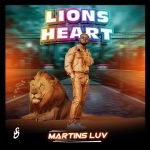 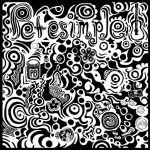 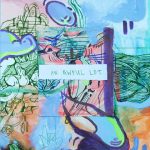