Hip hop artist Th30ry does everything for his daughter Sadie

Ryan aka Th30ry, is an independent hip hop artist from Chicago but living in Louisville, KY. Father of a beautiful 6 year old girl named Sadie, and everything he does everything for her.

I want to pursue music as a career to give myself and her the lives we deserve and want for our future. I’ve been rapping and writing my own music for about 2 and a half years, but I’ve grown a LOT since then, and now I’ve got a couple big features under my belt which has been a huge blessing!

I also do all my own production as far as recording myself, mixing and mastering all my own music and some beats I’ve done songs I’ve made as well. I was encouraged to start writing music to escape depression and stress from a bad panic attack (borderline heart attack) I had back on February 6, 2019 due to PTSD from my time in the Marines, combined with losing everything back in NC from hurricane Florence in September 2018. Lost my car, my apartment, and my family and I started over in KY with nothing. It was a rough time. 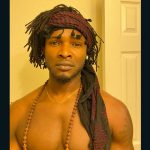