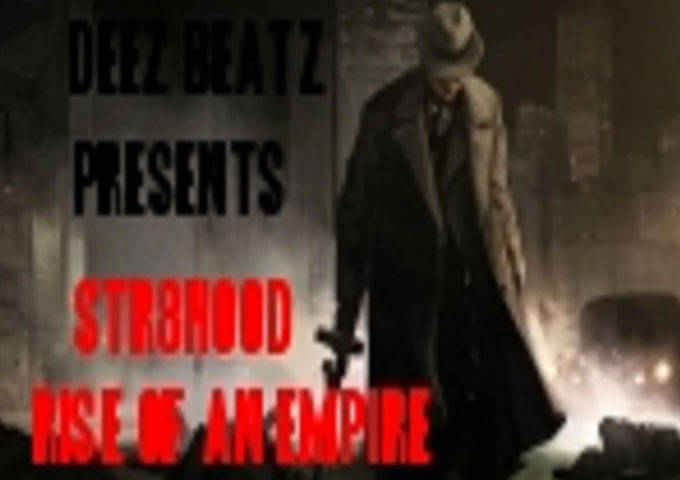 Donnie Brooks A.K.A. Deez Beatz “Da Wizard” was raised In N.Y.C. for the first twenty years of his life.  Deez Beatz now resides in Everett, Wa North Of Seattle. He has been involved in th music industry since the age of 5 and owns his own production studio in Washington. Deez Beatz has been producing for a rap group out of Brooklyn called “STR8HOOD”, comprising Jae Reload, A-R Wicked, Interpret & Kamo.

Their latest collaboration project entitled, DEEZ BEATZ PRESENTS – STR8HOOD “RISE OF AN EMPIRE”, is currently being sponsored by Coast2Coast Mixtapes. I can’t say enough good things about this mixtape. STR8HOOD is currently the most slept-on group in hip-hop. From beginning to end, and everything in between, “RISE OF AN EMPIRE” is unbelievable. It kicks off with the title track, a banging intro which perfectly sets the mood for the rest of the mixtape.

“All About Family” features a nice repeating synth line and a well-crafted beat by Deez Beatz, which complements STR8HOOD’s flows. And the hits just keep coming – “Hostile Situations”, “We Changing The Game” and “Livin’ On Da Grind” are all banging as F##K! But one of the standout tracks by far on this masterpiece is “They Made Me Killa” which, despite the over-used term, is off the hook!

It features another tight beat by Deez Beatz, and murderous lyrics that combine to produce one of my favorite tracks. Throughout these tracks, Deez Beatz drops in a plethora of effects and cinematic phrases that add tons of atmosphere to each song, and is really a key point of his superb production skills on show here.

But what separates STR8HOOD from the rest of the played-out gangsta rap world is the fact that they mix it up. They lay down eclectic, poignant, deep, and meaningful tracks on this mixtape as well, like on “Kickin’ In Doors” and “Mobsta Life”. That is why I feel STR8HOOD really needs to get more props. These brothers are hard for sure, but they are not one-dimensional, as most rap groups are. They consistently use a method of meshing their styles throughout the mixtape, and that makes this one refreshing.

When you’re finished listening to the bubblegum, pop-rap music on the radio, slip this mixtape into your player and engage your mind just a little. How much better can it get than having a West Coast Producer and a bunch of East Coast rappers together! STR8HOOD not only has awesome raw flows, but they perfectly integrate with Deez Beatz’s epic ‘soundtrack-styled’ beats. If you are looking for some awesome rapping and some mad beats then DEEZ BEATZ PRESENTS – STR8HOOD “RISE OF AN EMPIRE” is the mixtape you’re looking for!