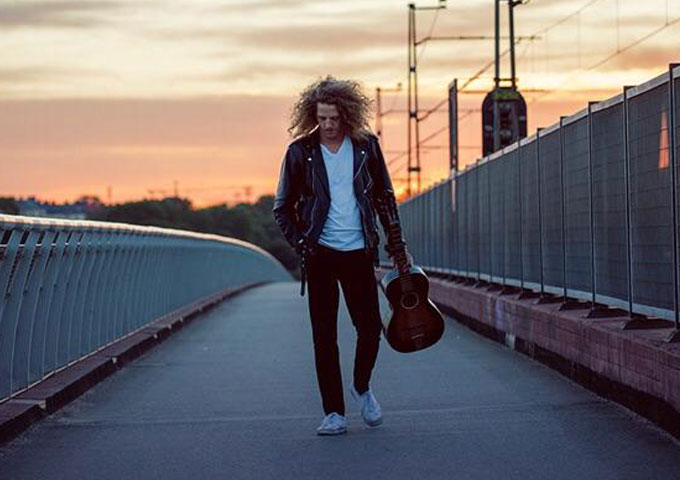 Douglas Melin is a 23 year old singer-songwriter from Stockholm, Sweden. His new single is entitled “Slowly Fading” which is from his upcoming album to be released on October the 25th with a release-party that same evening at Obaren, Stockholm. The track seems to follow a melodic, sleek, and catchy feel, with Melin’s breathy vocals being uniquely appealing but also delivering effectively emotional expressions. More importantly, the depth of Douglas Melin’s musical talent is evident on this track – he’s a compelling songwriter with remarkably attuned pop sensibilities.

Such a combination of talent will undoubtedly give Melin the enduring appeal that will likely allow him to obtain and retain devoted fans for years to come. I have a feeling that he will storm the music scene with his debut album, and if he continues to write songs like this, he’ll have a very bright future ahead. I find “Slowly Fading” to be a spiraling, upward ascent that is impossible to resist.

It is an enticing track, delivered poignantly slow to mid-tempo with the wonderful organic backing soundscape that allows Douglas Melin’s voice to breathe, meander and elaborate its depth inside the song. His voice both melancholy but magnetically uplifting, reveals his obvious musical sensitivities.

The song slowly picks up pace towards the end sounding like a perfect fit for a big radio hit, while containing thoughtful lyrics and a beautiful pastel colored chorus. The depth of emotion present on this track really comes through in every bar. Melin has a voice that captures the sultry sound of John Mayer and recalls the crisp soulfulness of Dave Matthews.

Take a careful listen to “Slowly Fading” and you will notice the influence of many genres and musicians: jazz, blues, R&B as well as rock. Douglas Melin’s music is mellow enough to listen to when you are working and up enough that you will find yourself grooving in your chair without realizing it.

He is a classic songwriter, in what is a nice contrast to much of the mainstream throwaway music, his lyrics are not a streaming jumble of garbage leaving you nothing but a vague sense of frustration, but words to relate to. His song is truly artistic and expressive, showcasing the sometimes melancholic beauty of life.

His subject matter is of a wandering soul, for whom every experience is a new one. Douglas Melin’s wistfulness and tenderness literally brought a lump to my throat. It’s a rare songwriter who can pull off a combination like that!