Purplehed: “Deeper Than The Seas” haunts you with its clarity, intelligence and passion 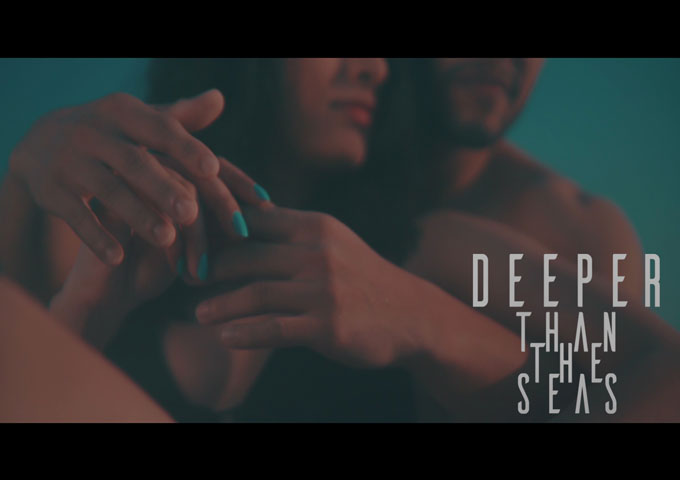 The song is very strong. The production is simple, but effective, and Purplehed’s voice is a remarkable instrument. “Deeper Than The Seas” has not been hyped. It’s been around for just under a year, and developed organically. It feels like an intimate song that reflects its independent record label roots, but confident enough to be relevant to a broad spectrum of people. Anyone who knows the pain, longing, anguish and beauty of love will be seduced by this searing, achingly beautiful ballad. Purplehed combines soaring vocals with memorable lyrics, beautiful melodies and electronics, quite unlike any other artist. Not only do his songs touch your heart, they also make you want to sing out loud. “Deeper Than The Seas” continues that triumphant legacy.

There is an astonishingly aching beauty, both in musical and lyric terms, to this song, as the story-line haunts you with its clarity, intelligence and passion. Lyrically it is extremely intelligent, resonant, and with the ability to move you like nothing you’ve heard in many a moon:

On the basis of this, his third single release, Purpehed confirms himself as a true talent in every sense of the word. “Deeper Than The Seas” is brilliant, highly-listenable and an essential addition to anyone’s collection.

I am an utter music junkie, highly constructively critical, but I cannot fault this one at all. After years of the music scene being dominated by manufactured bands and artists churned out by the suffocating mainstream music industries, Purplehed represents that category of independent talent emerging from under the radar from all over the world.

“Deeper Than The Seas” is an unbelievably well written, and well executed track that sets Purplehed apart from many of the others out there. You don’t often hear all-round quality like this from independent artists.

His songs can be very intense while his voice and the musical arrangements are always fantastic – and you know what Purplehed sings about is true because it is probably something you yourself experienced at some point in your life. I would say Purplehed is set to become a major talent over the next couple of years; if not then there is something very wrong!

MORE ABOUT: Purplehed is the stage name for Songwriter, Singer and Record Producer, Ashutosh Upadhyay, who together with Creative Director and Choreographer, Anurag Upadhyay, are the founders of Purplehed Records. A record label, based in Mumbai India, and established in 2014 to explore modern music and dance art forms with the aim of inspiring people.