Anxious Giant: “Vaudeville EP” ties together in a rhythmic, soulful and harmonic way 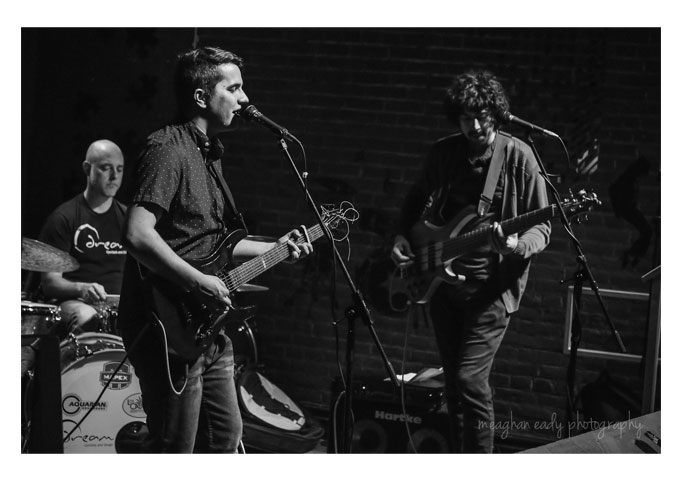 Anxious Giant is a 3-piece band that developed out of the solo projects of west coast artist Joel Strauss, and is completed by bassist Jesse Visser and drummer Robb Ryan. The current music scene is a place of confusion. Rap and EDM music are ruling the charts, while R&B seems to be in a slight rut. Some bands are timidly bringing back punk music; others are trying to continue on the strength of alternative rock which has been dying for years. Then there is another less conspicuous legion of creatives who have begun molding the most disparate sounds and styles, in an attempt to move themselves, and popular music, out of its stagnant rut into a more progressive mindset, and among these is Anxious Giant with their latest release “Vaudeville EP”.

Anxious Giant is experimenting with the idea of combining Alternative, Indie, Folk and Art Rock together with a form of Psychedelic Pop. Ready to take on the title of ‘The Next Big Thing’, the most fascinating aspect of the band’s music is the high-toned voice of lead singer Joel Strauss.

Most often the center of every song, Joel’s voice powers through the hooks and crannies of the peculiarly attractive arrangements. His vocals tend to be robustly reverbed, giving it somewhat of a mystical feel while remaining one of the most unique voices in the current indie scene.

Anxious Giant is the perfect storm, if you will, of talent, courage and musicianship. They make music that touches the heart, body, and mind. Not many bands pull off this feat.

Anxious Giant’s music is quite eclectic, as the band refuse to be pigeonholed by any one ‘type’ of music. Joel Strauss on the other hand is an oddity, a near-genius, and a wordsmith, who has also been blessed with the voice of an angel.

The songs on the “Vaudeville EP” are very melodic with a lot of variety from tune to tune, yet everything ties together in a rhythmic, soulful and harmonic way. From the minute Anxious Giant’s kick off the 6 track recording with “Vaudeville”, you know you are listening to one of the most interestingly creative indie bands currently on the scene.

If there’s a song on here that shows Anxious Giant’s in full bloom, it’s “Lantern (featuring Bryan Steeksma)”. Not only is it the album’s most idiosyncratic song, but it’s the track that best reminds you how the band’s patience in song execution pays off.

A harmonic swell carefully and steadily builds throughout the track as the gorgeous lead and backing vocals are fortified by the luscious clean guitars and string orchestration. There’s such a sense of being at peace in the song’s slow ebb and flow that any melancholy tones that can be read into it serves nostalgia more than loss.

The band’s experimental bents are intact and treated as a light trimming to the meat-and-potatoes indie rock of “Seam” where e Strauss’ powerful vocals drive the gravelly mid-tempo gem. The percussive “Wildheart” has all the characteristics of Anxious Giant’s sweet-and-sour catalog; both lyrically and musically.

Like many of the band’s compositions, this also has subtle tractor beams, pulling you in over repeated listens. The electrified “Yellowstone Park” is delivered thickly rhythmic and melodic, over a bass-heavy and over-driven guitar progression, allowing for the band’s more harmonic interplay to stretch its legs during one of their most radio-ready songs.

In their inherent sullenness, Anxious Giant’s finds ways to create happy and sad vignettes that appeal to the hopeless romantic in ways that are nearly invasive. Joel Strauss remains adept at worming his melodies into the hidden folds of weary hearts, though simple platitudes are never the focus of his output, preferring esoteric lyrics and elusive thematic interpretations. Epic yet intimate, the “Vaudeville EP’s” slow-build grandiosity brings a whole new musical scenario to indie rock.

1 thought on “Anxious Giant: “Vaudeville EP” ties together in a rhythmic, soulful and harmonic way”